Going to BAT for Obesity Solutions? 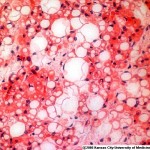 Last week saw an almost complete edition of the New England Journal of Medicine devoted to obesity – the key finding: brown adipose tissue (BAT) is alive and well in adults and in some people may contribute significantly to resting metabolic rate.

Without going into details on the findings (as these have been widely described in numerous media articles and TV reports) here is what’s new:

Although the discussion has been going on for a long time, these articles now provide conclusive evidence that BAT is indeed present in adults – women have more than men.

The presence of BAT is negatively correlated with BMI – the higher the BMI, the lesser the BAT. This suggests that having BAT may protect from weight gain (are these the folks, who can eat all they want without gaining a pound?).

BAT is stimulated by exposure to cold – not entirely unexpected. I can’t wait to see how this concept is embraced by the weight loss industry and public media.

BAT is less present in older individuals – again, not unexpected, given that expression of BAT is linked to sympathetic nervous activity, which tends to decrease with age.

Can pharmacological stimulation of BAT promote weight loss – remember, this was already tried unsuccessfully with beta 3-agonists. They stimulated BAT but were poorly tolerated and never made it to market.

Can BAT imaging help identify folks at risk for weight gain – certainly not with current technology (PET-CTs), which would be prohibitively expensive.

Is turning down the ambient temperature an effective solution to preventing obesity – my guess is not.

Great science – unfortunately, no quick fix for the obesity epidemic. Obesities and What to do About Them

Over the last couple of days I have been reading a new 160 page report on “Tackling Obesities: Future Choices” produced by the UK Government’s Foresight Program which is run under the Government Office for Science.

The report was prepared by some 200 experts (mostly from the UK) and ends with several “what if” scenarios that model the outcomes of possible policy decisions.

The first point of note is that the title of the work refers to “Obesities” rather than “Obesity”, thereby formally recognizing that this is a heterogeneous entity and that there are many forms of obesity.

Over all the work is impressive and discusses obesities in all their complexities – the biological and environmental system map is enough to let anyone serious about trying to understand the causes of the epidemic throw up their hands in despair and flee the room.

Nevertheless, the work is useful in that it contains a lot of interesting bits that are “quotable” and deserve discussion.

“The forces that drive obesity are, for many people, overwhelming.”

are notable because they depart from the usual idea that obesity is essentially a consequences of individuals’ choices and decisions and all anyone has to do is to be “smarter” about their health.

This obviously we know is not true – in fact, if, as stated elsewhere in the report,

“People [in the UK] today don’t have less willpower and are not more gluttonous than previous generations.”

“…for an increasing number of people, weight gain is the inevitable – and largely involuntary – consequence of exposure to a modern lifestyle.”

we need to be careful not to blame the victims.

It will rather be changes in social values and the way society as a whole chooses to respond to this epidemic that will make a difference. Amongst the experts, there was clearly no expectation of any spontaneous reversal of obesity trends.

The report is a challenging but fun read. I will probably be posting more on stuff I find in it over the next few weeks.

For those wanting to read the full report, you can download it by clicking here.