Home » blog » Will Immunotherapy Provide a New Treatment for Obesity? 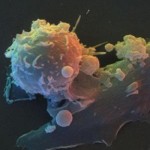