Home » blog » Why Promoting Exercise May Make Us Fatter

Why Promoting Exercise May Make Us Fatter 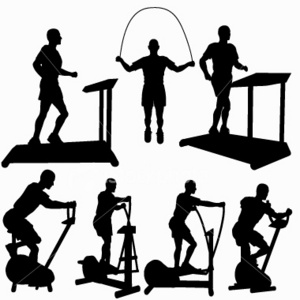 But here is the problem – a new study by Carolina Werle, Brian Wansink and Collin Payne, published in Marketing Letters, provides rather convincing evidence that simply calling physical activity “exercise” may actually increase food intake (which we know will often exceed any calories burnt during that activity).

The researchers present the results of three studies – two field experiments showing that when physical activity was perceived as fun (e.g., when it is labeled as a scenic walk rather than an exercise walk), people subsequently consume less dessert at mealtime and consume fewer hedonic snacks. Incidentally, the participants also reported enjoying the fun walk way more than the exercise walk, despite both walks covering exactly the same ground.

An interesting aspect of the post-walk ad libitum food intake was that the extra calories consumed by the exercise group was entirely attributable to increased servings of desserts and choice of sugary beverages – not by consumption of the main meal – clearly suggesting the “reward” nature of the compensatory response.

A third observational field study during a competitive race showed that the more fun people rated the race as being, the less likely they were to compensate with a hedonic snack afterwards.

“Engaging in a physical activity seems to trigger the search for reward when individuals perceive it as exercise but not when they perceive it as fun.”

“Long-distance runners have a variety of ways they can frame their experience in a race. If competitive, they can view their race as a serious effort to win a medal or achieve a personal best time. Alternatively, some other runners could view the race as a form of a workout or exercise, but still others could see it as a form of adventure or as a “fun run.” How they view their 30–60 min experience relates to what they chose to eat following the race.“

The article concludes with the advice to the fitness industry to warn participants about compensatory overconsumption of snacks – to which I say, good luck with that. Most sports facilities that I know off actually rely on their in house snack bars for a rather substantial part of their revenue. I have also yet to see the activity event that is not routinely paired with some form of culinary reward for participants (and often even for those, who just stood around watching the event).

My advice to both health professionals and policy makers is to simply drop the “E-Word” from their vocabulary – but then again, what fun is that?