Home » blog » What Smoking Cessation Does To Your Metabolism

What Smoking Cessation Does To Your Metabolism 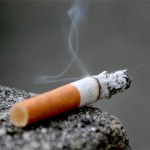 One of the most pervasive problems with quitting cigarettes, is the accompanying weight gain – in fact, post-cessation weight gain is reportedly the number one reason why smokers, especially women, fail to stop smoking or relapse after stopping.

But what exactly happens when you stop smoking?

This is the topic of a comprehensive review article by Kindred Harris and colleagues published in Nature Reviews Endocrinology.

The paper begins by examining the magnitude of weight gain generally experienced after smoking cessation – an amount that can vary considerably between individuals.

As for mechanisms, the authors note that,

“Several theories have been proposed to explain increased food intake after smoking cessation. One theory is that the ability of nicotine to suppress appetite is reversed. Substitution reinforcement, which replaces the rewards of food with the rewards of cigarettes could occur. Nicotine absence increases the rewarding value of food. Reward circuitries in the brain, similar to those activated by smoking, are activated by increased intake of food high in sugar and fat. Furthermore, nicotine withdrawal leads to an elevated reward threshold, which might cause individuals to eat more snacks that are high in carbohydrates and sugars.”

There are also known effects of smoking on impulsive overeating and individuals with binge eating disorder are at risk of even greater weight gain with cessation.

The authors provide evidence that behavioural interventions can prevent much of the cessation weight gain and argue that such programs should be offered with cessation programs.

Finally, it is important to always remember that the health benefits of smoking cessation by far outweigh any health risks from weight gain, which is why fear of weight gain should never stop anyone from quitting.