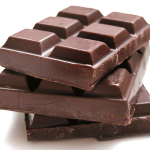 Using food as a coping strategy is not uncommon.

Now, Mary Boggiano and colleagues from the University of Birmingham, Alabama, in a paper published in Appetite, report that using tasty foods as a coping strategy is associated with weight gain.

The study administered the Palatable Eating Motives Scale (PEMS), which assesses eating for coping motives (e.g., to forget about problems, reduce negative feelings), to 192 college students, who were reexamined after two years (with a few measures in between).

Not too surprisingly, PEMS scores predict changes in BMI over two years.

Thus, the authors suggest that interventions aimed specifically at reducing palatable food intake for coping reasons, should help prevent obesity if this motive-type is identified prior to significant weight gain.