Home » blog » Use Of Fitbit to Measure Exercise Adherence

Use Of Fitbit to Measure Exercise Adherence 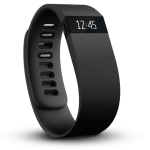 Based on the number of patients that appear in my practice wearing a Fitbit, I do wonder what research on the use of this activity monitoring device actually shows.

Interestingly, despite the popularity of this device, studies in scientific journals using Fitbit as an intervention to increase physical activity are rather sparse (most studies focus on validity of measurement).

Thus, I was interested in a study by Lisa Cadmus-Bertram and colleagues from the University of Wisconsin published in JMIR mHealth.

The rather small study involved 25 overweight or obese, postmenopausal women enrolled in the intervention arm of a randomized controlled physical activity intervention trial.

Over 16 weeks, each participant was advised to use the Fitbit physical activity tracker and website.

Evidently, the participants were happy wearing the device as the median participant logged 10 hours or more/day of Fitbit wear on 95% of the 112 intervention days, with no significant decline in wear over the study period.

So the devices were used and the participants did achieve and maintain a moderate level of daily physical activity.

The question remains, however, as to how representative these data actually are. After all these were a rather small number of volunteers in a research study – perhaps not your everyday user.

Nevertheless, the benefits of self-monitoring for self-management of chronic diseases (including obesity) are undisputed.

Thus, if you have experience with the use of Fitbit either yourself or in your practice, I’d certainly be interested in your experience.