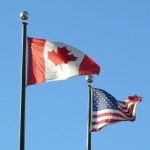 According to a report in JAMA, A bipartisan group of US lawmakers has introduced House and Senate versions of the same bill, the Treat and Reduce Obesity Act of 2015, intended to help reduce health care costs and decrease the incidence of chronic disease associated with obesity, including high blood pressure, heart disease, and type 2 diabetes.

The bill calls for not only giving Medicare beneficiaries access to obesity treatments provided by health care practitioners other than primary care physicians, including nurse practitioners, clinical psychologists, and registered dietitians (if referred by a primary care physician) but also to expand drug coverage for obesity treatment under Medicare.

Meanwhile in Canada, accessing evidence-based treatment for obesity, including services offered by dietitians or psychologists as well as access to anti-obesity medications or surgery remains largely elusive to most Canadians living with obesity.

With upcoming federal elections in Canada, I wonder if any political party would step up to declare that continued discrimination against Canadians living with obesity with denial of access to evidence-based treatments is unacceptable (for e.g. obesity treatments are specifically excluded in most third party drug plans in Canada).