The UK Has An All Party Parliamentary Group On Body Image 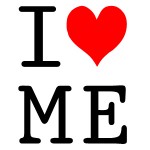 Interestingly enough, it is not the obesity epidemic that drives the weight loss industry – it is people unhappy with their body shapes and sizes.

Yes, I know all too well that there are good medical reasons for addressing ‘excess’ body weight, but not everyone who exceeds the so-called ‘ideal’ body weight is sick (or even at risk for sickness), and even for those, who do have medical problems caused by ‘excess’ body fat, even very modest (e.g. 5%) weight loss, which, in contrast to losing larger amounts of body weight, is very doable AND sustainable, can confer substantial health benefits.

In fact, there is an epidemic of body dissatisfaction out there – a problem that can not only be detrimental to emotional but also to physical and economic health (when people engage in unhealthy weight loss behaviours and spend money on them).

This issue has now brought together an all party parliamentary group formed by UK MPs and Peers of any political party, who have a common interest in the issue of body image. While not part of the UK Government, the group contains members from at least the three biggest political parties in the House of Commons. The secretariat and other support for this group is provided by the UK Central YMCA, a national health and education charity.

“Early in 2011 Central YMCA commissioned COMRES, an independent market research company to find out what MPs think about body image issues. Some of the key findings include:

Celebrity culture (68%), the fashion industry (53%) and advertisers (52%) are the three elements that MPs view as being the most responsible for negative body image among the British public

Accordingly, the group aims to bring together interested parties, from a range of sectors including:

According to the Body Image Inquiry:

“These are just some of the symptoms of a society in which people aren’t at ease with themselves or their bodies. Negative body image is now the biggest single worry for millions of children and young people and we believe society must act now to change behaviour and attitudes for future generations.”

“This issue of body image dissatisfaction has many causes, although it is clear from our recent body image Inquiry that the public believe the media, advertising and celebrity culture together account for almost three quarters of the influence on body image in society.”

The clear challenge for someone working in the field of bariatric or obesity medicine, is how to clearly disconnect the real, substantial and destructive concerns about body image from the very real medical problems associated with excess body fat that I see in my patients.

The Parliamentary group believes that it is…

“…socially responsible for advertisers and media to authentically reflect the population as a whole and we will be campaigning for this as a matter of public interest, as well as on other issues raised in the report. We will be recruiting socially responsible businesses as partners for the campaign once it has been developed further.”

I would add to the list the need for all health professionals, including those working in health promotion and disease prevention, to be both conscious and wary of the possibility that their blanket statements about ‘healthy’ weights, their recommendations on weight loss, and their support for negative policies (shame, blame, tax, ban), may ultimately be more part of the problem than part of the solution.

I am all too aware that this is a fine line to walk – hopefully, so is everyone else.

Hat tip to Annick Buchholz for pointing me to this group.