The Physiological Benefits Of Laughter 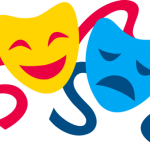 As regular readers are well aware, over the past year, I have been exploring the use of stand-up comedy in communicating about the science of obesity to anyone who cares to listen.

While preparing for this new venture included working with professional comedians, taking improv classes, and, yes, impromptu appearances at local “open-stages”, I have also delved into the (sometimes rather serious) literature on the science of comedy and laughter.

Indeed, as one may suspect, there is indeed a rather large and growing body of scientific literature on humor, comedy and laughter – including its physiological and psychological effects, its therapeutic use (in everything from depression and chronic pain to cancer and obesity), and as a communication tool for health professionals.

Anyone interested in this topic, may wish to refer to a recent article by Dexter Louie and colleagues from the University of California, Harvard Medical School and the Joslin Diabetes Centre on laughter as a tool for lifestyle medicine that recently appeared in the American Journal of Lifestyle Medicine (btw – a term that I really don’t like).

The article begins with a brief discussion of the three preeminent theories (out of over 100 competing ideas) of why we laugh, which are summarized as follows (the examples are mine):

1. Release theory, which argues that laughter is the physical manifestation of repressed desires and motivations (which explains potty jokes).

2. Superiority theory, which posits that laughter is a means of increasing one’s self-esteem at the expense of others (which is probably why most people laugh at fat jokes).

3. Incongruity theory, which states that humor is created by a sense of incongruity between two or more objects within a joke (e.g. an obesity doctor making jokes about obesity doctors).

The article then goes on to briefly review the physiological effects of laughter, whereby it makes a clear distinction between spontaneous and and self-induced laughter:

“The former refers to “genuine” or unforced laughter, often in response to a stimulus, whereas the latter describes laughter that is simulated de novo. Spontaneous laughter is often associated with positive mood, whereas simulated laughter is primarily physical and is not necessarily associated with positive emotions or feelings. Neuroimaging suggests that different neural pathways are used in these 2 forms of laughter.”

The researchers review a range of studies documenting the positive effects of spontaneous laughter on stress hormones, endorphins, immune response, pain tolerance, anxiety as well as studies showing that the cardiovascular response to a good laugh are virtually identical to those elicited by a bout of physical exercise (exercise physiologists take note!).

Despite these promising findings, the authors are also quick to point out that,

“There is great potential for future research in laughter. Randomized controlled large-scale trials are needed to further elucidate the physiologic effects of laughter.”

In the second part of the article, the authors discuss whether or not physicians should use humor as a tool to induce therapeutic laughter?

“Of course, health is a serious and often grave matter, and humor delivered at inappropriate times can be devastating, insensitive, and crass……Within the bounds of appropriateness, however, both humor and laughter can be beneficial. For one, laughter shared between the provider and patient conveys a measure of trust and light-heartedness. Furthermore, humor can improve communication, as a joke can signal a transition in the conversation from the serious to more benign topics.”

The authors even have suggestions on how to address the issue of laughter in clinical practice:

“Providers can ask, “What has made you laugh recently?” or “How often do you laugh?” Inquiring about laughter opens the door to light heartedness and also could lead to counseling on laughter and sharing the latest research with the patient. More important, it allows the provider to determine what the patient finds funny, thereby allowing the provider to tailor recommendations to better fit the patient’s needs and preferences. This also contains the potential to deepen the therapeutic relationship between patient and provider. Put together with a more structured approach, the health care provider could consider prescribing laughter to patients.”

And here is what a laughter prescription could look like (directly borrowed from exercise prescriptions):

While much remains to be studied in terms of the therapeutic use of laughter (e.g. spontaneous vs. self-induced, individual vs. group laughter, dose-response relationships, laughter yoga, etc.), as the authors point out, there is an increasing body of evidence pointing to potential benefits for health and well-being.

“With no downsides, side-effects, or risks, perhaps it is time to consider laughter seriously.”