Home » blog » The Highs and Lows of BMI and Mortality

The Highs and Lows of BMI and Mortality 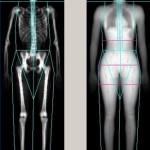 Almost all biological variables are detrimental to health at the extremes.

It turns out that BMI is no different – too high and too low both carry a risk – a risk, however, that is substantially confounded by actual body fat%, which is not reliably measured by BMI.

This is basically the message in a paper by my colleagues Raj Padwal and co from the University of Alberta in a paper published in the Annals of Internal Medicine.

Similarly in men, both low BMI (HR, 1.45 for quintile 1) and high body fat percentage (HR, 1.59 for quintile 5) were associated with increased mortality.

The exciting bit about this study is that the researchers had both BMI and body fat% available to them and were able to show that both variables independently of each other contribute to mortality risk.

Thus, the worst possible combination in both men and women was low BMI and high body fat%.

“Low BMI and high body fat percentage were both associated with increased all-cause mortality. Mortality increased as BMI decreased and body fat percentage increased…..Thus, our results suggest that BMI may be an inappropriate surrogate for adiposity, and this limitation may explain the presence of the obesity paradox in many studies.”

As the authors discuss, these finding should have clinical implications as they clearly demonstrate the limitations of BMI as a measure of health risk.

“..our findings underscore that the risk for all-cause mortality increases with both increasing adiposity and decreasing BMI in a general population of middle-aged and older adults. These findings also suggest the importance of using direct measures of adiposity when building prognostic or even exploratory models.”