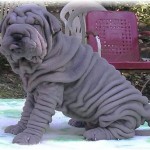 One of the unwanted complications of gaining a lot of weight and then losing it, is the sometimes grotesque amounts of unwanted skin that patients are left with. This excess skin can be both aethetically distressing but also cause functional and dermatological problems.

With the advent of bariatric surgery, a parallel discipline of plastic surgery specialising in the aesthetic correction and removal of excess skin has emerged. As this surgery is generally performed on various parts of the body including the trunk, buttocks, thighs, arms and breasts, the more general term “body-contouring surgery” is often used to describe these procedures.

Often patients need multiple surgical procedures with extensive incisions posing important challenges to these patients with regard to wound healing and risk for infections.

One of the most important determinants of adequate wound healing and optimal immune function is proper nutrition, often a challenge in post-bariatric surgery populations.

This issue was now examined by Siamak Agha-Mohammadi and Dennis Hurwitz, New Port, California, in a series of studies published in Aesthetic and Plastic Surgery.

In a first study the surgeons examined the preoperative nutritional parameters of 90 body-contouring patients, both with surgical and non-surgical weight loss. Of the 48 post-bariatric surgical patients, 38% had low prealbumin, 33% had vitamin A deficiency, 32.6% had low hemoglobin, 16.3% had iron deficiency, 9.5% had vitamin B12 deficiency, and 12% had hyperhomocystinemia.

In contrast, only 10% of the 42 non-surgical patients had low prealbumin and only 11.5% had vitamin A deficiency.

In a subsequent study, the investigators examined the complications of body-contouring surgery in patients with non-surgical and surgical weight loss, whereby some patients in the latter group also received a nutritional supplement.

This study not only highlights the common occurrence of significant nutritional deficiences in the post-bariatric surgery populations, but also shows that these deficiencies are associated with complications in body-contouring surgery.

Importantly, however, the study also shows that these nutritional deficiencies can be corrected, and that with correction, the complications rates of post-bariatric surgery patients can be reduced to levels comparable to non-bariatric patients.