Low Carb No Better Than High Protein For Weight Loss

When I finished medical school in 1986, restricting protein intake in patients with reduced kidney function was still part of standard practice. This practice, has since been long abandoned (having probably done more harm than good), but notions about higher protein intake somehow being harmful to kidneys lingers on.

Thus, I was interested by a recent study by Pedersen and colleagues from the University of Adelaide, Australia, published in Nutrition, Metabolism and Cardiovascular Disease, which examined the effect of of a high-protein calorie restricted diet on overweight individuals with type 2 diabetes, albuminuria and reduced kidney function (estimated GFR of >40 ml/min/1.73m2).

Subjects were randomised to 12 months of a standard-protein diet (protien:fat:carbohydrate ratio 20:30:50 % of energy) and one where energy from carbohydrates was reduced and replaced by protein (30:30:40 % of energy).

Both groups lost a significant amount of weight over 12 months (6.6 Kg on the standard-protein diet, 9.7 Kg on the high-protein diet).

The diets had no impact on kidney function despite improvements in diabetes control.

Overall, the study shows that differences in carb to protein ratios matter neither in terms of weight loss nor in their impact on kidney function.

Perhaps, even more importantly, the study shows that trying to keep people on diets – even in clinical trials – is challenging, with almost half the subjects abandoning their diet within 12 months.

As I have noted before, diets only work when you stick with them. Rather than obsessing about the exact composition of your diet, it may be best to chose the one you like best and can actually stay on.

Given my background in nephrology, a recent paper by Sharon Nessim and colleagues from the Jewish General Hospital, Montreal, Quebec, published in Peritoneal Dialysis International caught my attention.

This paper looked at the relationship between BMI and the risk of peritonitis and catheter infections in about 1000 peritoneal dialysis (PD) patients in the province of Manitoba who received PD during the period 1997 – 2007.

However, after multivariate adjustment for age, sex, diabetes, cause of renal disease, Aboriginal race, PD modality, and S. aureus nasal carriage, the relationship between overall peritonitis risk and BMI disappeared, but the increased risk of CNS peritonitis among patients in the highest BMI quartile persisted (hazard ratio: 1.80).

Thus, while patients with higher BMI on PD are clearly at greater risk of experiencing infections, this risk is largely explained by other concomitant factors than by BMI itself. If anything, obese patients in the highest weight category appear more prone to CNS peritonitis.

Obviously this risk is certainly not high enough or specific enough to deter anyone from chosing PD as a mode of dialysis. Nevertheless, it is probably a finding that clinicians (especially nephrologists) may need to be aware of. 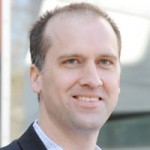 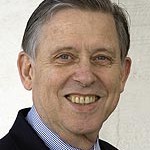 The Kidney as a Target for Diabetes Treatment? 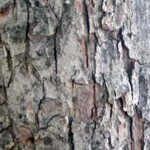 This week, I am attending the 46th European Association for the Study of Diabetes (EASD) Annual Meeting in Stockholm, Sweden, where there is considerable enthusiasm about the many new drugs and drug classes for diabetes treatment, which are likely to hit the market in the next few years.

One such group of novel orally active anti-diabetic agents are the sodium-glucose cotransporter 2 (SGLT2) inhibitors (gliflozins), which act by blocking this transporter in the renal proximal tubule.

As reader may know, blood glucose is freely filtered in the kidney and is normally entirely reabsorbed in the renal tubule (which is why there is usually almost no glucose in the urine of non-diabetic individuals).

As outlined by Clifford Bailey from Aston University, Birmingham, UK, the history of SGLT2 inhibitors dates as far back as 1835, when phlorizin, a naturally occurring flavonoid, later shown to be a competitive inhibitor of renal glucose transport, was identified in the bark of the apple tree.

Phlorizin’s glycosuric effect was reported in the 1860s, its renal actions in rat kidneys was shown in 1903 and in humans in 1933. Subsequently, it was shown that phlorizin may well have a significant glucose-lowering effects in patients with diabetes.

However, because phlorizin inhibits both SGLT2 and SGLT1 it had to be pharmacologically tweaked to make it specific for SGLT2 but also to make it longer acting. SGLT2 inhibitors that are currently in development, include dapagliflozin (AstraZeneca), canagliflozin (Johnson & Johnson), sergliflozin (GSK), ASP1941 (Astellas), BI 10773 (Boehringer Ingelheim), and LX4211 (Lexicon).

At blood glucose levels of 8 mmol/L, about 260 g (or almost half a pound of glucose) is filtered every day.

SGLT2 inhibitors reduce glucose reabsorption by about 25%, which means that about 70g of glucose or 280 calories are lost in the urine per day; the higher the blood glucose levels, the greater the caloric loss.

To put this in perspective, if the 280 calories lost in the urine are not replaced by dietary energy intake (in any form), weekly caloric deficit would be around 2000 Kcal, theoretically resulting in about 0.75 lbs weight loss.

Thus, although the primary objective of SGLT2 inhibitors is to help improve blood glucose levels in diabetic patients (which they do), an interesting “side effect” of this treatment is modest weight loss (2-3.5%).

The SGLT2 inhibitors appear to be well tolerated with almost no renal side effects but perhaps a minor increase in genital infection in women.

Numerous clinical trials (many presented at this conference) show that the gliflozins can be combined with both oral and injectable anti-diabetic agents and generally result in relevant improvements in glycemic control.

As a nephologist, who now works mainly in the area of obesity and metabolic diseases, I am particularly intrigued by the mode of action of these compounds and the fact that this novel class of agents specifically targets the kidney.

The fact that gliflozins also, albeit modestly, promote weight loss, makes these particularly attractive for my patients, as most other oral agents (except metformin and DPP IV inhibitors) tend to promote clinically significant weight gain.