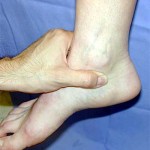 Over the next little while, I will be taking a few days off and so I will be reposting some of my favourite past posts. The following article was first posted on Dec 2, 2009:

According to a paper by Malachy McHugh from the Nicholas Institute of Sports Medicine and Athletic Trauma, Lenox Hill Hospital, US, published in the latest issue of the British Journal of Sports Medicine, overweight and obese adolescents are more than twice as likely to be injured in sports and other physical activities compared with non-overweight and non-obese adolescents. Moreover, obese adolescent athletes are more than three times as likely to sustain an ankle sprain compared with normal weight adolescent athletes.

According to McHugh, early aggressive treatment of swelling with physical modalities, prolonged non-weight bearing, limited period of immobilization, and regular repetitive passive joint motion are all indicated for the overweight young athlete with a lower extremity joint injury. 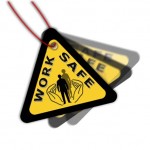 Seems like this is injury week on these pages.

After blogging about injury patterns in obese US high-school athletes on Monday, today’s article is some Canadian data just published by Warsh and colleagues from Queen’s University, Kingston, Ontario, in the International Journal of Injury Control and Safety Promotion, looking at whether overweight and obese kids take longer to recover from injury.

The data source was the 2002 Canadian Health Behaviour in School-Aged Children (HBSC) survey, which included 7266 youth in grades 6 through 10 sampled from all Canadian provinces and territories. Of these, 2831 students reported an injury event and were included in the analysis.

Youth who were obese and suffered a combined injury (broken bone and strain/sprain) took significantly longer to recover compared to normal weight youth but the recovery time for uncomplicated injuries (fractures or strains alone) was not significantly higher.

Clinicians providing an injury recovery prognosis may need to take into account BMI status and allow for extra recovery time for heavier patients in this age range. 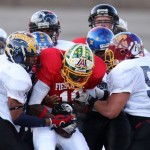 In case readers are wondering whether the term “obese athlete” is an oxymoron, it is not: from my own practice I know that there are a number of high-performance athletes out there, who can have significant weight-related health problems including obstructive sleep apnea, hypertension and fatty liver disease. But that is NOT the topic of this post!

This post is about the findings of Ellen Yard and Dawn Comstock from the Centre for Injury Research and Policy, Columbus, Ohio, just published in the Journal of Physical Activity and Health, regarding the the relationship between injury pattern and BMI in US high school athletes.

This question is of considerable interest, as the authors note that about one-third of the over 7 million US high school athletes meet the BMI criteria for overweight or obesity.

The researchers analysed data from 100 nationally representative US high schools, which submitted athlete exposure (AE) and injury information during the 2005 to 08 school years via High School RIO (Reporting Information Online).

Sport-specific overweight and obesity prevalence was also high in wrestling (31.7%), baseball (28.6%), and boys’ basketball (19.3%). Conversely, injured girls’ soccer athletes were least likely to be overweight or obese (13.5%). Other sport-specific positions with large proportions of obese athletes included first basemen in baseball (20.5%) and softball (17.2%).

Compared with normal weight athletes, obese athletes sustained a larger proportion of knee injuries and their injuries were more likely to have resulted from contact with another person.

With regard to the high prevalence of obesity amongst football players, the authors note:

“Although the use of BMI instead of body fat percentage may have classified some very muscular football players as overweight or obese, these findings are consistent with the previously reported epidemic of overweight and obesity in football. Football culture not only accepts but often encourages large body size, particularly among offensive and defensive linemen.“

These results point to important differences in the pattern of injuries incurred by heavier compared to normal or underweight athletes – some of which may be accounted for by the propensities of heavier athletes to participate in different types of sports than their leaner counterparts.

While this study does not support the notion that higher BMI athletes are at greater risk for injury (reported in previous studies), it may point to an increased risk in underweight athletes:

“With high school athletes being bigger and faster today than in previous years, collisions between mismatched athletes may be putting smaller, underweight athletes at greater risk for severe injury.”

What the paper does not discuss is the long-term risk of athletics for future weight gain, in overweight and obese athletes who retire due to injury or other life events. As blogged before, there seems to be no shortage of patients in my adult bariatric clinic, who report having been competitive athletes in younger years.

Is Obesity a Risk Factor for Tendinopathy?

Without question, people carrying extra weight are at high risk for mechanical injury to their musculoskeletal system and need to be careful when attempting any form of physical activity to not inadvertently promote injury and subsequent immobility with all its detrimental consequences for further weight gain and loss of fitness.

Apart from the excess mechanical pressures on the joints and ligaments, new research suggests that obesity may also play an important, hitherto largely unrecognized role, in tendinopathies, a common painful condition that affects the tendons rather than the joints. (Tedons are the ligament-like structures that attach muscles to bone and are thus the key tissues responsible for transferring muscle strength to the skeletal system.)

In a systematic review published in this month’s issue of Arthritis and Rheumatism, James Gaida and colleagues from Deakin University, Melbourne, Australia, examined studies that compared adiposity between subjects with and without tendon injury or examined adiposity as a predictor of conservative treatment success.

Overall, the studies suggest a substantially increased risk for tendon injury associated with obesity, although there was some heterogeneity in study findings depending on study populations and mode of assessment.

This finding has some important implications:

1) it would be interesting to see if obesity treatment can indeed reduce the risk of tendon injury;

2) clinicians making exercise recommendations to individuals with excess weight must be fully aware of the increased potential for tendon injury and design exercise routines with this in mind.

Anyone, who has experienced tendon injury is well aware that once established, this condition is notoriously hard to treat and often results in chronic pain ultimately reducing mobility and thus further increasing the potential for weight gain.

Another good reason, why exercise professionals working with obese clients (as blogged before) need a sound understanding not just of exercise physiology but also of musculoskeletal pathology.