Home » blog » Should People With Obesity Who Are Metabolically Healthy Lose Weight?

Should People With Obesity Who Are Metabolically Healthy Lose Weight? 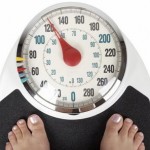 Despite having once been on my high-school’s debating team, I generally do not like debates at scientific conferences (but many of my colleagues seem to love them).

This is largely, because to win a debate you need to take a biased and one-sided view of the topic and speak with conviction – at least if the intention is to sway the audience.

The problem is that presenting a radical stand-point convincingly may lead the audience to believe that this is your actual position on the matter (rather than simply a role assigned to you by the organizer).

To not fall into that trap, these debates often end up with the debaters agreeing more than disagreeing.

Case in point a debate at Obesity Week, on whether or not people with obesity who are metabolically healthy should be advised to lose weight.

The pro side was represented by Mark Hamer, who essentially made the argument that truly metabolically healthy obesity (MHO) is a rather rare phenotype and will in most cases (sooner or later) progress to unhealthy obesity (UHO), so that differentiating between the two both in clinical practice and in public health recommendations to lose weight is neither practical nor necessary.

On the con side, Sam Klein argued that on the one hand, MHO individuals appear far more resistant to developing metabolic risk factors (even with weight gain) and that weight-loss always comes with a cost and that interventions should therefore be focussed on people who stand to benefit the most, i.e. people who already have metabolic problems.

Klein also pointed out that we not be tempted to treat “hyperBMIemia”  – but take the actual health of the patient into account.

In the end, as expected, the debaters came to agree on the fact that everyone could stand to benefit from improving their “lifestyles”, particularly their activity levels (which really wan’t the question that was being debated).

If nothing else, the debate revealed the ongoing conflict between population messages (every one should strive for a “healthy” weight – whatever that is) and clinical decision making, where recommendations need to be personalized to the actual risk of the individual.