Home » blog » Sharma Studies Nutrition From the Arctic to the Amazon

Sharma Studies Nutrition From the Arctic to the Amazon 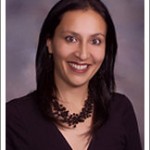 Last week I attended Medical Grand Rounds at the University of Alberta Hospital presented by our Faculty’s latest recruit Sangita Sharma (no relation), Professor in Aboriginal and Global Health and newly Endowed Chair in Aboriginal Health.

Her work focuses on the relationship between diet and disease in ethnic groups across the globe, including nutrient-gene interactions and the risk of cancer and heart disease.

Sangita spent nearly 10 years evaluating the diets of various ethnic groups in the US and through her research and recommendations, the USDA Pyramid Servings Database now includes food eaten by ethnic minority populations in the U.S. During this time she has conducted research in over 20 indigenous populations around the world.

In her talk she presented a brief overview of her ongoing work in Canada’s Arctic, including Healthy Foods North, a culturally appropriate and community-based program to promote healthy eating and lifestyle amongst the Inuit and Inuvialuit population of Cambridge Bay and Taloyoak, NU and Inuvik and Tuktoyaktuk, NWT.

As Sangita pointed out, over 90% of the older population is presently medically obese and virtually 100% of the population does not meet the current recommendations for fibre, calcium, Vit A, D, E intake.

“Educating on healthy eating can be particularly challenging when the local language does not even have words for fibre, vitamins or minerals”, she notes.

By promote traditional food and activities, Sangita hopes to help improve people’s diet and activity levels thereby substantially reducing their risk of obesity and other diseases.

I was particularly impressed by the lengths Sangita goes to to ensure community engagement and ownership. Her strategy, described in a recent paper published in the American Journal of Health Behaviors, is certainly a strategy that can only be a model for interventions in any population.

With only a few community workshops, she demonstrated a huge impact on nutrition knowledge and behaviours, which will hopefully withstand the duration of the intervention.

In her presentation, Sangita also briefly touched on other ongoing projects including an intervention trial targeting salt intake in Barbados and a comparative study of the relationship between meat and the risk for colorectal cancer amongst the Japanese populations of Brazil, Hawaii and Japan.

On a personal note, I very much look forward to learning from and collaborating with Sangita on issues related to nutrition in another marginalized and understudied population – those living with severe obesity in Alberta and elsewhere.