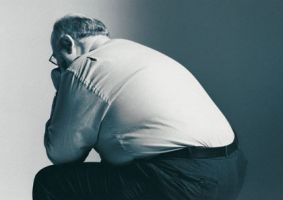 Last night, I arrived in Leipzig after, a week in New Delhi (where I was reminded again of the incredible power of “gut bugs”), for another round of the IFB Obesity Diseases International Advisory Board meeting at the University of Leipzig.

Part of this work on the Advisory Board involves reviewing the many publications that are emanating from this very productive and diverse obesity research network.

One example is the recent paper by Birgit Wagner and colleagues, who examined the relationship between BMI and suicidality in a paper published in Depression and Anxiety.

In this paper, Wagner and colleagues looked at interviews conducted in a German population-based sample of almost 2500 indiiduals regarding suicide attempts and suicidal behaviours.

This is an important finding as it should prompt clinicians to undertake systematic and proactive exploration of suicidal behaviours in all patients presenting with severe obesity – most importantly those seeking bariatric surgery.

Wagner B, Klinitzke G, Brähler E, & Kersting A (2013). EXTREME OBESITY IS ASSOCIATED WITH SUICIDAL BEHAVIOR AND SUICIDE ATTEMPTS IN ADULTS: RESULTS OF A POPULATION-BASED REPRESENTATIVE SAMPLE. Depression and anxiety PMID: 23576272