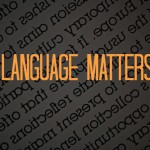 According to a report just released by the Canadian Senate,

Just replace the word “demented”with the word “obese” in the above paragraph and you will instantly see what is wrong with this report, which happens to in fact be about obesity, and not about Canadians at risk of or living with dementia.

Only when speaking about “obesity crisis”, would an official report composed by professional writers on an important medical condition still use the name of the condition as an adjective.

Indeed, the use of “people-first language” to describe someone living with a condition rather than being defined by that condition has long been accepted in the case of virtually every other condition.

A report that wants to be taken seriously as addressing the concerns and struggles of Canadian adults and children living with overweight or obesity could perhaps begin by ensuring that it uses the proper language.

This is not to say that the report does not indeed make bold and important policy recommendations – it does, from taxing sugar-sweetened beverages to limiting advertising to children, to rewriting Canada’a Food Guide to food labeling to tax benefits to promote physical activity (and more). It even addresses (although in passing) the need to provide better treatments to people living with overweight or obesity.

Just which of these policy recommendations will actually find their way into legislation and how much difference they’ll actually make remains to be seen especially as the recommendations come with no actual funding for their implementation.

More on some of the “bolder” recommendation in future posts.

In the meantime for anyone interested, the full report is available here