Risks Of Severe Obesity In Children And Young Adults 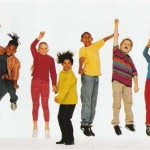 Yes, body fat is not a measure of health and it is possible to be healthy across a wide range of body weights. However, this may become harder and harder, the more weight you gain.

Thus, a study by Asheley Skinner and colleagues, published in the New England Journal of Medicine, shows that increased cardiometabolic risk is tightly linked with severe obesity both in children and young adults.

The study looks at cross-sectional data from overweight or obese children and young adults (3-19 yrs) who were included in the US National Health and Nutrition Examination Survey (NHANES) from 1999 through 2012.

Among 8579 children and young adults with a body-mass index at the 85th percentile or higher (according to the Centers for Disease Control and Prevention growth charts), 46.9% were overweight, 36.4% had class I obesity, 11.9% had class II obesity, and 4.8% had class III obesity.

Overall, for a given weight, males tended to have higher cardiometabolic risk than females.

Importantly, while this relationship was constantly present in males, the there were fewer significant differences in these variables according to weight category among female participants, suggesting that for a given body weight, girls were less likely to be at cardiometabolic risk compared to boys.

Thus, while body weight (or body fat) may not be a precise measure of individual health, the risk for having one or more cardiometabolic risk factor increases substantially with increasing severity of obesity.

However, it is also important to note that even in kids and youth with class III obesity, 70% of participants had normal lipids and about 90% of participants did not have elevated blood pressure or glycated hemoglobin.

This points to the fact that for a given body weight there is indeed wide variability in whether or not someone actually has cardiometabolic risk factors.

Thus, whether or not it makes sense to target every kid that presents with an elevated BMI for intervention, remains to be shown – most likely such an approach would probably not be cost-effective.

As in adults, it seems that interventions in kids are probably best targeted by global risk rather than simply by numbers on a scale.