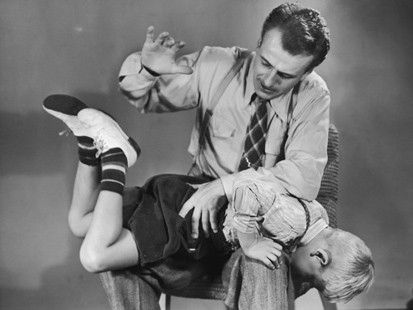 Regular readers will be well aware of the relationship between mental, physical and sexual abuse with the development of binge eating disorder and obesity in later life.

Now, a study by Tracie Afifi and colleagues from the University of Manitoba, published in Pediatrics, suggests a possible link between even less severe trauma and adult obesity.

Even after adjustment for sociodemographic variables, family history of dysfunction, and Axis I and II mental disorders, physical punishment was associated with higher odds of cardiovascular disease (borderline significance), arthritis, and obesity (adjusted odds ratios ranged from 1.20 to 1.30).

For clinicians, questions around physical punishment in childhood as a factor contributing to adult obesity may well be in order.

For parents, the author are adamant to point out that such recommendations against physical punishment do not speak against the use of discipline – rather, parents should be encouraged to seek out positive parenting programs that encourage non-physical forms of discipline to raise well-adjusted kids.