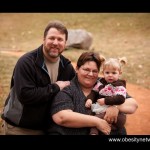 This morning I am attending a Summit on Healthy Weights, that will be opened by the Honourable Leona Aglukkaq, Canada’s Minister of Health.

“The Summit brings together for the first time a diverse cross-section of government and non-government partners to plan collaborative action for reversing the rising trend of childhood overweight and obesity.”

While this may well be, regular readers of these pages will note that the focus on childhood obesity in isolation is neither likely to be effective nor fiscally feasible. Indeed, there is much evidence to suggest that a) the ‘root cause’ of obesity actually lies in fundamental and deep-rooted societal changes that may take decades to reverse (if at all) and b) will also need to ultimately address obesity in the parents, who themselves more often than not, struggle with excess weight.

Thus, I see no reason to believe that a focus on children, without also addressing the very issues that lead to obesity in the parents,  is likely to be effective. Indeed, for many overweight and obese children (and their parents) it is no longer a matter of prevention – it is high time for treatment.

Indeed, emerging evidence from animal and human studies on epigenetic programming, suggests that any efforts to ‘prevent’ childhood obesity once the child is born, may be described as ‘secondary’ prevention at best.

In addition, efforts that essentially aim to prescribe a simplistic “eat-less-move-more” (ELLM) approach to the population, is likely to prove as ineffective, as such approaches have proven in individuals.

Nevertheless, the fact that the Canadian government is now recognizing the importance of obesity and is perhaps ready to rally all relevant government and non-governmental stakeholders to address this issue, is encouraging.

I certainly know that Canada’s only national obesity organization, the Canadian Obesity Network, with its over 7000 obesity researcher and health professional members, stands ready to lead the way.