Home » blog » Of Potato Starch, Learning to Fly, Targeting Genes and Life After The Nobel Prize

Of Potato Starch, Learning to Fly, Targeting Genes and Life After The Nobel Prize 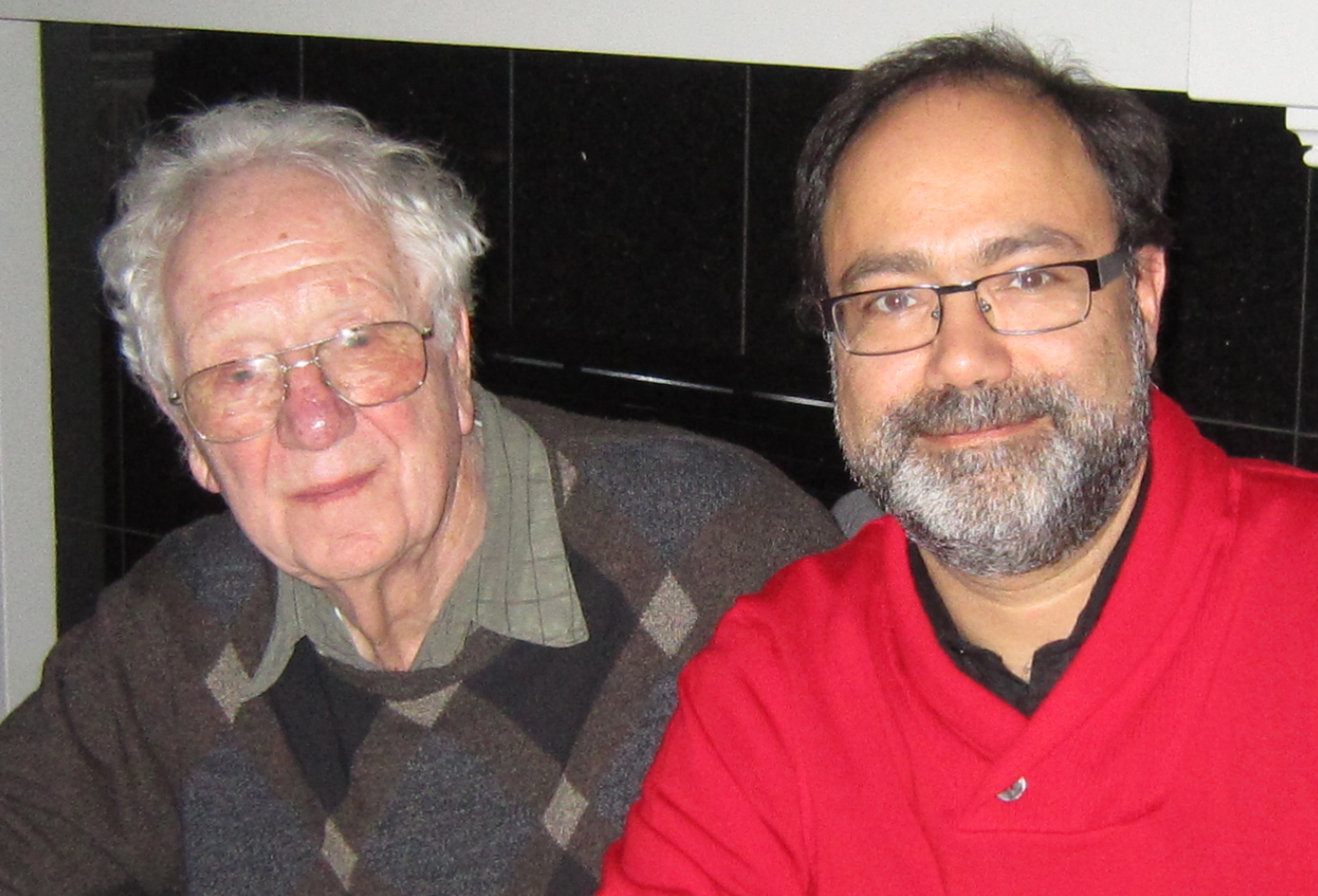 Last night, I had the pleasure of dining with Dr. Oliver Smithies, recipient of the 2007 Nobel Prize for Medicine, which he received jointly with Mario R. Capecchi and Sir Martin J. Evans “for their discoveries of principles for introducing specific gene modifications in mice by the use of embryonic stem cells”.

I have previously met Dr. Smithies, several years ago, when I was still active in hypertension research – at that time Dr. Smithies, who continues to work on (among many other topics) hypertension, had just targeted the renin-angiotensin system in mice.

Dr. Smithies is visiting the University of Alberta and will be speaking today at 4.00 pm “On Being a Basic Scientist for 60 Years” at the University Hospital Bernard Snell Hall.

During dinner, Dr. Smithies proved a most entertaining guest. Some of the lesser known details of his remarkable biography include the fact that he dropped out of medical school (Oxford), learnt to fly at age 50 on Toronto Island Airport and for almost 20 years held the world record for the shortest flying time for a single engine aircraft across the Atlantic from Goose Bay, Labrador, to Rekjavik, Iceland.

Other interesting ‘trivia’ included the fact that he invented starch electrophoresis (for protein sieving). He describes this episode in his autobiography as follows:

“Finding the best variety of starch and how to process it for making the gels became necessary when my supplier’s stock of processed starch was exhausted. Many hours were spent in testing all the raw starches that I could buy, and then in grocery stores finding potatoes from Holland Marsh, New Brunswick, Prince Edward Island and Idaho from which to make the raw starch. None gave as good gels as those made from my first batch. I eventually found out why: my original supplier had purchased starch processed by a second company that had used raw starch imported by a third company from Denmark because of an attack of potato blight in Canada!”

Dr. Smithies continues to work full time as Professor at the University of North Carolina and had to hurry back to his hotel room after dinner to work on a grant that is due for submission on Friday.