Why Bariatric Surgery Can Fail (Part 4) 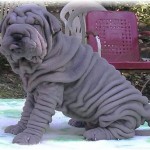 Today’s post is not so much about a complication that arises when bariatric surgery fails, but rather an issue that can become a real problem the more successful it is – the problem of excess skin.

As most readers will perhaps readily appreciate, losing a lot of weight can leave patients with very significant amounts of extra skin – not just on their abdomens, but their thighs, their hips, their arms, their breasts and chest, their necks – pretty much everywhere.

This excess skin can be both aethetically distressing but also cause functional and dermatological problems.

Although this should not be that ‘unexpected’, it does appear to be something that many patients can’t really imagine before it happens to them.

Concern over appearance can, in some cases, vastly outweigh the joy over the ‘success’ and I have seen patients in deep distress over this problem.

This problem is in fact so common and so extensive that it has spawned a whole new field of post-bariatric plastic surgery, which specialises in extensive ‘body-contouring‘ surgery. These operations, can be far larger and more complicated in terms of risks and recovery time than the original bariatric surgery.

Unfortunately, no medical system that I know of covers much of this surgery (an exception being the abdominal apron or pannus, which can sometimes cause significant dermatological and functional problems).

Arm-, butt-, and thigh-lifts are almost never covered by health plans and can cost some very serious money to have done.

Thus, although not, strictly speaking, a ‘complication’ of bariatric surgery itself, it is something that patients need to be prepared for and dealing with the psychological impact of considerable excess skin is anything but easy.

It is perhaps therefore not surprising that various organisations and patient groups have called for this ‘reconstructive’ surgery be covered by medical plans in the same manner that other forms of reconstructive surgery are covered (e.g. breast reconstruction after mastectomy).

But given the widespread prejudice and discrimination that bariatric patients already face, I am not holding my breath to see payers stepping forward to take on these costs anytime soon.