What’s Really on Your Plate 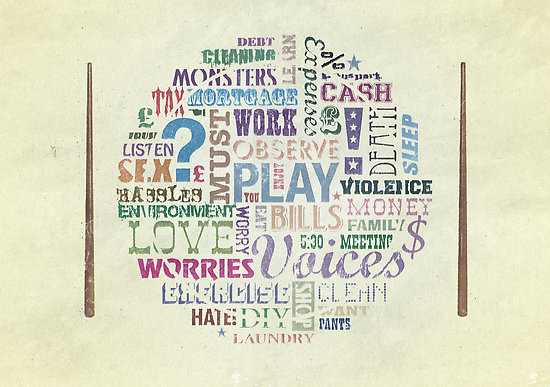 A lot on my plate

In a brief follow up to yesterday’s post on the USDA upgrading its food guide to a ‘new generation’ icon that uses a plate to show how savvy consumers should allocate culinary real estate to different food groups, here is a fascinating depiction of what is really on most consumer’s plates (picture).

This graphic titled “A lot on my plate” is by Jack Lightfoot (aka heavyhand), a UK artist, who explains that,

“The chopsticks are symbolic of being in difficulty and in need of help“.

The piece is apparently also available as a card, graphic, or t-shirt at redbubble.

As outlined in yesterday’s post, educating people on what to eat is likely to be meaningless unless we also begin dealing with the real causes of why they eat what they do – that apparently, is a discussion that is far harder to have.

I may be mistaken but I am always a bit concerned about the underlying tone of these nutritional messages:

“We told you what to do – we even made it easier to understand – so if you’re still not doing the right thing, who’s fault is it but yours?“

Perhaps it’s time to begin helping folks to deal with what’s really on their plate?