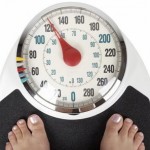 Unfortunately, for people challenged by overweight and obesity, weight regain after intentional weight loss is the rule rather than the exception. Thus, the majority of people trying to control their weight tend to go through cycles of weight loss and weight regain.

However, whether or not people who intentionally weight cycle have a higher risk of overall weight gain and mortality has been hotly debated.

In a paper just published in the Archives of Internal Medicine, Alison Field and colleagues from Harvard Medical School, USA, analysed the relationship between weight cycling and mortality in the over 40,000 women participating in the Nurses’ Health Study who provided information on intentional weight losses between 1972 and 1992.

Between 1972 and 1992 around 10% of women were heavy cyclers, whereas 20% of women were mild cyclers. As expected, weight cycling was positively associated with BMI at baseline – thus, only 40% of noncyclers were overweight or obese compared with 74% of the mild cyclers and 87% of the severe cyclers.

During the follow-up period, weight cyclers gained significantly more weight than noncyclers (5.2 kg for severe cyclers and 4.1 kg for mild cyclers) compared with only 2.6 kg for noncyclers. In age-adjusted models, severe cyclers in early and middle adulthood had a 30% higher mortality rate than noncyclers, but this relationship was no longer significant after adjusting for BMI at age 18 years, weight change from age 18 years until 1976, physical activity, change in activity, smoking, postmenopausal HT, and alcohol intake.

My message to patients remains the same: there is little point in losing weight if you are not going to keep it off – in the end, you are likely to simply end up being heavier than before.

In other words, as I have said before, preventing further weight gain should be the first step in obesity management – weight loss should only be encouraged by methods and programs that have a high likelihood of long-term success.