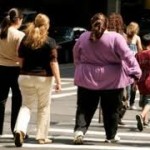 Regular readers of these pages will probably be as depressed as I am to see the increasing need for discussing bariatric surgery in kids and adolescents.

Our evident failure to make any discernible headway in preventing childhood obesity has resulted in an increasing number of youth, who are now so severely obese that bariatric surgery often appears as the best, if not the only, option.

That this problem is not negligible is supported by a recent publication by Howard Jen and colleagues from the UCLA School of Medicine, Los Angeles, California, published online in PEDIATRICS.

The researchers examined the trends and outcomes in 590 adolescents (aged 13-20 years) who underwent bariatric surgery in 86 hospitals in California between 2005 and 2007.

During the observation period of rates of laparoscopic adjustable gastric banding (LAGB) increased 6.9-fold from 0.3 to 1.5 per 100,000 population, whereas laparoscopic Roux-en-Y gastric bypass (LRYGB) rates decreased from 3.8 to 2.7 per 100 000 population.

The rate of major in-hospital complication was 1%, and no deaths were reported.

Of the patients who received LAGB, almost 5% had band revision/removal. In contrast, only around 3% of those who received LRYGB required reoperations.

The study shows that in California, white adolescent girls were disproportionately represented in bariatric surgery population.

Although LAGB has not been approved by the US Food and Drug Administration for use in children, its use has increased dramatically and is likely to be the treatment of choice in self-payers.

While the trends are clearly increasing, serious complications are fortunately rare.

Nevertheless, it will clearly take long-term observations to fully assess the efficacy, safety, and health care costs of these procedures in adolescents.

Given the limited options, the down-sides of surgery must be carefully weight against the risks of not doing surgery, which in most cases means continued weight gain with all of its problems and complications.

As in adults, bariatric surgery in kids and adolescents is neither a quick fix nor is it something anyone should rush into without careful consideration and counseling.