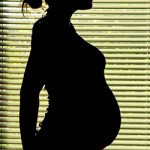 Preeclampsia, a potentially life-threatening complication of pregnancy, is more common in women with excess weight and there is now considerable evidence that the risk for this problem can be reduced with exercise.

Interestingly, a previous randomised-controlled intervention in 124 pregnant women reported that simple stretching exercises, consisting of slow muscle movements that had neither aerobic nor muscle resistance components, performed 5 times a week starting at 18 weeks of gestation, very impressively reduced the risk of early signs of preeclampsia, compared to walking 40 mins 5 times a week (2.6% versus 14.6%).

Now, a paper just published in the American Journal of Perinatology by Sowndramalingam Sankaralingam and colleagues from the University of Alberta, suggests that this difference may be due to a more positive effect of stretching exercises on reducing oxidative stress in blood vessels of these participants.

Immunohistochemical analyses of blood vessels embedded in fat biopsy samples obtained during cesarean sections from some of the women who were randomized to either stretching ( N = 6) or walking ( N = 5) exercises in this larger study, showed remarkably higher expression of the antioxidant superoxide dismutase (SOD) and plasma transferrin levels, an antioxidant marker.

In addition, plasma levels of transferrin continued to increase throughout gestation only among the stretchers.

Thus the authors conclude that the beneficial effect of regular stretching exercises during pregnancy not only trump the benefits of walking may be attributable to the higher antioxidant protective effect of this low-intensity exercise during pregnancy.

Incidentally, in the original study, walkers tended to exercised less than stretchers both overall and as pregnancy advanced, suggesting that stretching may be a better intervention as it is easier to perform and adhere to during pregnancy.

While neither stretching nor walking had any effect on body weight, it is certainly worth considering that stretching exercises should perhaps be routinely prescribed and encouraged in women at risk for preecmlampsia.