A Beginner’s Guide to Snoring 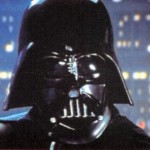 Excess weight is commonly associated with sleep disordered breathing, of which obstructive sleep apnea is probably the most dangerous as it has been associated with daytime sleepiness, hypertension, insulin resistance, arrhythmias and sudden death.

One of the typical signs of obstructive sleep apnea is snoring – but, as it turns out, snoring is not always a sign of sleep apnea.

In fact, as I recently found out in an article published in Parkhurst Exchange, for the purposes of treatment, snoring can be divided into four categories:

To make things a bit trickier, some patients may have more than one of these problems.

Fortunately, simple tests can help identify the problem (The following are taken directly from the Parkhurst publication):

Nostril collapse test: in front of a mirror, press the side of one nostril to close it. With the mouth closed, breathe in through the other nostril. If it tends to collapse, try propping it open with a paperclip. If breathing feels easier, nasal dilator strips are probably the answer, such as Breathe Right or Nozovent. Test both nostrils.

Mouth-breathing test: make a snoring noise with the mouth open. Then close the mouth and try to make the same noise. If you can’t, mouth breathing is the likely problem, and the likely solution is chin-up strips to hold the mouth closed, or an oral vestibular shield.

Tongue test: stick out the tongue and grip it between the teeth, then try to make a loud snoring noise. Failure is a sign of tongue base snoring. The treatment is a mandibular advancement device, which resembles a boxer’s mouthguard. There are expensive customized types, but ‘boil and bite’ moldable models can be just as effective.

Palatal flutter: this is vibration of the soft palate and uvula. There’s no test for it, but if the other tests are negative, it’s a likely culprit, especially in patients who aren’t overweight. The commonest treatment is Rhynil spray, made from the astringent herb Euphrasia officinalis.

I tried these test on myself but realised that I am not very good at making a snoring noise (at least not while awake).

Apparently, there is now some evidence that snoring, even without sleep apnea, can be associated with increased risk for car accidents.

And remember, snoring also puts your partner at risk, as they may also suffer increased ill-health as a result of disturbed sleep.