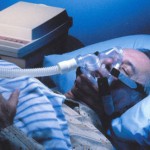 Depression is a common finding in overweight and obese patients trying to lose weight. So is obstructive sleep apnea.

Unfortunately, the symptoms of sleep apnea can mirror those of major depressive disorder: tiredness and low energy levels, lack of interest and motivation to pursue your favourite activities, trouble with concentration, memory or decision making, and weight gain.

A paper by Mitsunari Habukawa and colleagues from the Kurume University School of Medicine, Fukuoka, Japan, just published online in Sleep Medicine, reminds us to screen overweight patients who do not respond adequately to antidepressant therapy for sleep apnea.

The authors describe 17 patients, who, despite pharmacotherapy for depression, continued having signs of major depressive disorder and were diagnosed with sleep apnea.

Improvement in depression scores paralleled the reduction in sleepiness.

The results illustrate that patients with depression, who despite adequate pharmacotherapy continue having residual symptoms, should be screened for sleep apnea and treated if found positive.

An important corollary to this is that overweight and obese patients presenting with sleep apnea, should perhaps also be screened for signs of major depression.

Given the close association between excess weight, depression and sleep apnea, it is probably wise to regularly screen all patients presenting for obesity treatments for both conditions.

While simply treating depression and/or sleep apnea in people with excess weight is unlikely to result in significant weight loss, when present, both conditions can pose important barriers to successful weight management and must therefore be adequately addressed.