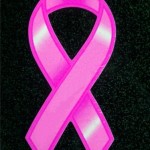 Not only is obesity a major risk factor for breast cancer, it is also associated with poorer outcomes.

The reason for this relationship is unclear and was recently examined by Jennifer Litton and colleagues from the The University of Texas, Houston, TX (Journal of Clinical Oncology).

Specifically, these researchers studied the relationship between BMI and response to neoadjuvant chemotherapy (NC) in women with operable breast cancer. Neoadjuvant chemotherapy refers to drug treatment given to people with cancer prior to surgery in the hope of reducing the size of the cancer, thus making surgery easier and more likely to be successful.

From May 1990 to July 2004, 1,169 patients were diagnosed with invasive breast cancer at the M. D. Anderson Cancer Center and received NC before surgery. Patients were categorized as obese, overweight, or normal/underweight. Logistic regression was used to examine associations between BMI and pathologic complete response, defined as the complete absence of intact tumour cells in the resected specimen (a marker of good prognosis).

While 30% of patients were obese, 32% were overweight, and 38% were normal or underweight, overweight and obese patients were around 30 to 40% less likely to have a pathologic complete response.

Remember, at least in surgical studies, weight loss is associated with a 60% reduction in cancer deaths.