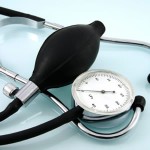 The brain melanocortin system plays a critical role in the regulation of energy balance. Genetic defects in the melanocortin 4 receptor (MC4R) are believed to account for around 6% of cases with severe obesity and can be found in around 2.5% of unselected obese adults.

In a paper published this week in the New England Medical Journal, Jerry Greenfield and colleagues from the University of Cambridge (UK) present evidence suggesting that this receptor is also critical for blood pressure regulation and may help explain in part why obesity is commonly (but not always) associated with high blood pressure.

In the first part of their study, Greenfield and colleagues compared obese individuals with genetic defects in the MC4R to carefully matched obese individuals without this defect. Although the two groups showed no difference in total body fat, lean body mass, intra-abdominal and subcutaneous fat, or liver fat, individuals with the MC4R defect had significantly lower blood pressure. This lower blood pressure was likely due to reduced sympathetic nervous activity as demonstrated by various measures including reduced norepinephrine excretion. Incidentally, there was no difference in insulin resistance or diabetes between the two groups.

In a second experiment, the researchers showed that administration of a selective MC4R agonist (LY2112688) resulted in a dose-dependent increase in blood pressure (that was sustained over 7 days of treatment). This provides compelling evidence that stimulation of the MC4R also affects blood pressure (apart from other interesting side effects including yawning, muscular stiffness and penile erections).

Thus this study links the melanocortin system to blood pressure control via the MC4 receptor.

What this study also demonstrates is the remarkable heterogeneity of obesity – clearly not all forms of obesity are the same. In fact, it appears evident that the genetic background may very much dictate which patients experience certain obesity-related complications and which do not. Thus evidently, having a dysfunctional MC4R may protect from hypertension (but not diabetes).

The message is clear: not everyone with excess weight will experience the same complications.

On the same note, I remain convinced that no single treatment will ever be effective for everyone with excess weight.