Hindsight: The Thermic Effect of Food and Body Composition 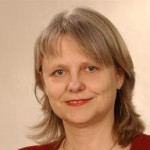 Continuing my series of past papers on obesity, here is a rather technical paper that we published in METABOLISM back in 2000.

This work was again led by my student Iris Kunz and was done in collaboration with Susanne Klaus at the German Institute of Human Nutrition, Potsdam-Rehbrücke.

The aim of this work was to carefully examine the time course of energy expenditure after a meal, which we know can vary widely with regard to the slope of onset, amplitude, and duration of the thermic effect.

In this paper, we explore the relationship between the thermic effect of food (TEF), as characterized by kinetic analysis of postprandial energy expenditure, body composition, and variables related to the metabolic syndrome including central obesity, hypertension, and glucose tolerance.

A total of 181 men and women (body mass index [BMI] range, 19.4 to 52.2 kg/m2) were characterized for body composition, blood pressure, oral glucose tolerance, and energy expenditure after a test meal.

Energy expenditure, as measured by indirect calorimetry, was analyzed over a 6-hour period by 3-parameter curve fitting using equations derived from kinetics describing a biphasic reaction involving 2 consecutive first-order reactions (A–>B–>C). The equations we came up with, performed with a reasonable fit in 91.7% of the subjects, indicating that these equations represent a good model for describing the thermic response to a meal.

Apart from total thermic effect of food (TEFk), the curve also provided an estimate of time of peak (Tp) and amplitude of peak (Ap) for each subject.

As reported by other investigators, we found that energy expenditure does not return to baseline for as long as 5 to 6 hours, particularly with a high-protein meal as used in our study, which is known to elicit a longer and greater thermogenic response than a high- carbohydrate or high-fat meal. (In lay terms this simply means that you burn more of the calories contained in a protein meal simply by the effort it takes to digest and process the protein – this is why you often breakout into a sweat when eating a high-protein meal – think lobster dinner).

“Thus, while Ap was higher in men than in women, Tp was delayed in older individuals and in patients on B-blockers and was positively related to relative fat mass. These findings are supported by the results of the cluster analysis, which showed 2 distinct patterns: CLU1, with a higher Ap and shorter Tp, and CLU2, with a lower Ap and extended Tp. Patients in CLU1 were younger, had a higher FFM, and were less likely to be on B-blockers than patients in CLU2. In contrast, BMI, body weight, WHR, blood pressure, glucose tolerance, and plasma catecholamines were comparable between the 2 groups.”

In conclusion, this study showed that kinetic analysis of postprandial energy expenditure can be used to examine the determinants of the time course of the thermic effect of food in man.

In addition our findings suggest that amplitude and duration of this effect are independently determined by various demographic and anthropometric factors.

Not that anyone found this of particular interest: according to Google Scholar, this paper has only been cited 7 times.