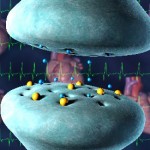 Back in 2001 (and perhaps even today), beta blockers were among the most commonly prescribed drugs for treating high blood pressure. These drugs lower blood pressure by blocking the beta receptors in the heart and elsewhere thereby decreasing heart rate, cardiac output, and the secretion of renin from the kidney.

Unfortunately, they can potentially also block beta (3)-receptors, that can contribute to increased energy expenditure. This means, that the use of these agents can potentially promote weight gain.

This was the topic of a paper that we published in HYPERTENSION in 2001, where we systematically analysed data on the issue of whether or not beta-blockers can contribute to weight gain.

Our search of the literature revealed eight prospective randomized controlled trials that lasted at least six months, showing that body weight was higher in the beta-blocker than in the control group at the end of the study.

Although the median impact on weight gain was about only about 1.2 kg, the effects ranged between -0.4 to 3.5 kg.

A regression analysis suggested that beta-blockers were associated with an initial weight gain during the first few months after which weight stabilized.

We found no relationship between demographic characteristics and changes in body weight.

In the paper we also discussed various hypotheses how beta blockade could affect metabolism and thereby contribute to weight gain.

Based on these observations, we suggested that the first-line use of beta-blockers in obese hypertensive patients should perhaps be reviewed, as even small changes in body weight may have adverse effects on glucose metabolism and other weight-related health problems. We also suggested that patients treated with beta-blockers, may find it harder to lose weight.

Since this paper was published, the use of beta-blockers as first-line treatment for hypertension has markedly decreased, largely due to the availability of other agents like ACE inhibitors, ARBs, and calcium channel blocker. Nevertheless, for patients, who do need beta-blockers, clinicians should remain aware of the possibility of weight gain with these agents.

According to Google Scholar, this paper has been cited 198 times.