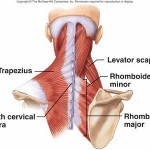 Recently, I blogged about the rather close association between excess weight and fibromyalgia.

A paper by Laura-Isabel Arranz and colleagues from the University of Barcelona, Spain, published in the latest issue of Rheumatology International, reviews the role of nutritional factors in patients with fibromyalgia.

While their analysis of the literature confirms the high prevalence of overweight and obesity in fibromyalgia patients and the rather sparse data suggesting that weight loss may improve symptoms, they also note that many patients with fibromyalgia may have other nutritional deficiencies which may or may not be related to this disorder.

Rather limited evidence supports that notion that vegetarian diets may have some beneficial effects, perhaps due to an increase in antioxidant intake.

They also note that although numerous food supplements have been studied, there is very little data to support their use in improving symptoms in patients with fibromyalgia.