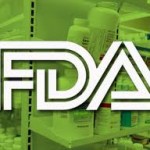 This recommendation (although not binding for the FDA) was certainly met with a sigh of relief not just from investors but from many in the global obesity community. A final ruling from the FDA is due by January 31.

As both patients and health professionals are probably painfully aware, the recent withdrawal of sibutramine, has left us with almost no therapeutic options for obesity short of diet, exercise, orlistat or surgery.

Despite clearly voiced concerns about heart rate, blood pressure, seizures, anxiety and other potential safety issues with Contrave, the panel voted in favor of approving Contrave before the completion of a cardiovascular outcome trial.

A recommendation to perform a cardiovascular outcome trial prior to the launch of Contrave would have essentially killed this combination, or at least delayed its launch by five years or more.

While Contrave will clearly not be the magic bullet for obesity, I do think that this combination will find its place in the clinical arsenal of medical obesity treatments, thereby addressing a wide-open therapeutic gap.

As with sibutramine, there are likely to be strong contraindications and “black-box” warnings limiting its use in certain populations, but that was only to be expected. Both bupropion and naltrexone have well appreciated adverse effects and patients will have to be closely monitored both for efficacy and tolerability.

Nevertheless, I believe that this recommendation by the FDA panel will at least rekindle some enthusiasm in the search for new, safe and effective anti-obesity medications.

Disclaimer: I have received consulting honoraria from Orexigen the maker of Contrave