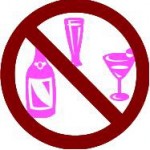 It continues to amaze me how many calories some people can derive from what they drink – from pop, juice, coffee (2X2), dairy, and/or alcohol.

While in small quantities, some of these liquid calories can be considered part of a balanced diet (e.g. juice, milk and perhaps a tiny measure of alcohol), there are certainly no known health benefits of consuming any kind of pop or drinking more than a few ounces of juice, whole milk or alcohol a day.

One of the best reasons for avoiding liquid calories is because these are simply not registered as calories and therefore do not generally result in a compensatory reduction in caloric intake of solid foods (in this regard, milk because of its relatively high protein content may be somewhat different).

This fact was nicely demonstrated in a paper just published in the Journal of the American Dietetic Association by Richard Mattes and Wayne Campbell from Purdue University, West Lafayette, IN, USA.

In this carefully conducted crossover study, 20 normal-weight and 20 obese adults were given 300-kCal loads of a solid (apple), semisolid (apple sauce), or beverage (apple juice) at a meal or 2 hours after a meal as a snack. Studies were conducted around the customary midday mealtime and involved completing questionnaires upon arrival and at 30-minute intervals for the following 6 hours. Diet recalls were collected the next day.

The appetite shift was greatest for the solid food when consumed as a snack. The interval between test food consumption and the first spontaneous eating event of more than 100 kcal was shortest for the beverage.

The findings are clear: consumption of an energy-yielding beverage either with a meal or as a snack poses a greater risk for promoting positive energy balance than eating the same amount of semisolid or solid calories.

The message is simple: if you are concerned about your weight – DON’T DRINK YOUR CALORIES!