Home » blog » Does Melatonin Have a Role in Energy Regulation?

Does Melatonin Have a Role in Energy Regulation? 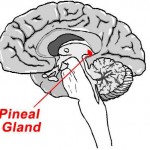 Regular readers of these pages will recall previous articles on the discoveryof brown adipose tissue in adult humans.

The current theory is that people who have more BAT, are more obesity resistant and can better handle excess calories. It is estimated that just 50 grams of BAT may help burn several hundred extra calories per day.

This discovery has spawned a huge interest into the functioning and regulation of BAT amongst obesity researchers and many are looking into possible ways of increasing the amount of BAT or of stimulating it to burn more calories.

An article by Tan and colleagues from the University of Texas, San Antonio, TX, released this week in Obesity Reviews, examines the evidence in support of the notion that melatonin, an endogenous peptide intimately linked to the biology of sleep, may play an important role in the regulation of BAT metabolism.

Secreted by the pineal gland at night, melatonin plays a key role in regulating the sleep-wake cycle and many other circadian rhythms in physiological functions like glucose homeostasis or body temperature. Importantly, both natural and artificial light can markedly suppress melatonin production.

In their articles, the authors quote a number of articles showing that in mammals, melatonin not only increases recruitment of brown adipocytes but also elevates their metabolic activity.

Based on these findings, the authors speculate that the hypertrophic effect and functional activation of BAT by melatonin, if also present in humans, may suggest a novel role for melatonin in managing obesity.

Perhaps more importantly, the authors note that the suppression of endogenous melatonin levels due to excessive light exposure after darkness through artificial light sources, may contribute to the obesity epidemic, as exposure to light at night has been shown to dramatically reduce endogenous melatonin production.

Perhaps it may well be this complex physiology linking BAT to melatonin that in part explains the important recent recognition that sleep deprivation may be a key factor in the obesity epidemic in both adults and children.

Perhaps lights out at 9.00 pm may not be such a bad weight management strategy after all?