Home » blog » Canadians Do Not Look To Doctors For Obesity Management

Canadians Do Not Look To Doctors For Obesity Management 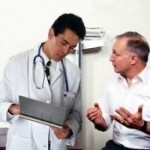 This week, Sara Kirk (Dalhousie University, Halifax) and colleagues publish the results of a national survey on weight management experiences of overweight and obese Canadian adults, in Chronic Diseases and Injuries in Canada.

The survey was conducted by Ipsos Reid on behalf of the Canadian Obesity Network, and in March/April 2009, and included 23 questions related to weight management practices and other variables.

Although almost three-quarters of the overweight and obese Canadian adults surveyed had tried to lose weight (58% in the previous 12 months), only 21% reported seeking help from their physician in the previous year.

On the other hand, less than one-third of overweight/obese individuals had ever been advised to lose weight by a physician (without specifically asking). In 19% of overweight or obese respondents, this advice was understood to have been given to improve health in general, and in 12%, to improve the treatment of some other medical condition. This pattern was similar for men and for women.

As one may expect, most of the advise focussed on diet and exercise (Eat-Less-Move-More?). Medical and surgical treatments were seldom discussed.

This study certainly shows that Canadians are not looking to their physicians (or for that matter to any health professionals) for advise on their weight management, and physicians, in turn, do not seem to be eagerly offering this advise to their patients.

The good news is that there is apparently a lot of room to move on this issue – an effort that the Canadian Obesity Network is certainly working very hard to champion.