Obesity As A Chronic Disease Is Not Doom And Gloom 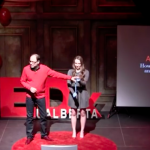 While that is far from going “viral”, I do admit that it’s a lot more than I expected.

Although the overwhelming response and comments were positive, some viewers appeared frankly disappointed, not to say frustrated by the notion that obesity, once established, behaves like a chronic disease.

This may in part be due to the fact that, despite all evidence to the contrary, many people continue to believe (as suggested by the diet, fitness and weight-loss industry) that “permanent” weight loss is within anyone’s reach (it isn’t) and reaching your “dream weight” means winning the battle (it doesn’t).

But, I also believe that some of the frustration that comes with seeing obesity as a chronic disease for which we have no cure (which happens to be the definition of “chronic disease”), stems from the notion that living with a “disease” is terrifying and hopeless (it isn’t!).

In fact, most of what we deal with in our health care systems are “chronic diseases” – the exceptions being largely limited to accidents, acute infections and some cancers – these we can “cure”, by which I mean that we treat them for a given period of time after which they ceases to exist and the patient can be considered “cured”.

Unfortunately, as important as these “cures” may be, they constitute a rather small proportion of what goes on in the health care system. It is fair to say that for the vast majority of medical conditions, we may have treatments, but most certainly no “cures”.

However, this is not as depressing as it may seem. Indeed, it is one of the great achievements of modern medicine that we have turned diseases that would have been fatal in the not too-distant past (e.g. type 1 diabetes, coronary artery disease, HIV/AIDs, breast cancer), into conditions where, with proper treatments, most patients can enjoy decades of meaningful and productive life, despite living with their “chronic” disease.

Not that the treatments are always easy or cheap or well tolerated – but, when applied and adhered to properly, they generally do their job of allowing patients to go about their lives in a fairly acceptable manner.

So the idea that living with a chronic disease is all doom and gloom is certainly not true – ask anyone living with well-controlled diabetes, hypertension, coronary artery disease or even cancer.

Compared to a lot of these conditions, people living with obesity may well be a lot better off.

For one, while even with the best treatment many chronic diseases tend to get worse over time (take for e.g. chronic kidney disease with progressive loss of kidney function), stopping obesity form progressing (i.e. stopping further weight gain) is actually very achievable. In fact, as shown by the “placebo” groups in most obesity trials, even minimal intervention can help stabilize weight and prevent further weight gain – thus, while you may continue living with obesity, at least we can do a fairly good job of preventing it from getting worse.

Secondly, we have ample evidence that many of the health consequences associated with excess weight will improve with very little or even no weight loss through appropriate interventions that focus on improving mood, self-esteem, sleep, diet and physical activity. We know that with these interventions many people living with obesity will feel a lot healthier and better about themselves – which in the end should really be the principal goal of treating obesity in the first place.

Thirdly, there is hope on the horizon as both medical and surgical treatments for obesity are steadily getting better. Take for example bariatric surgery, which has gone from not too long being a highly invasive procedure ridden with often catastrophic complications in the days of open surgery, to a minimally invasive procedure with surprisingly minor risks and complications (in appropriate hands) with well-documented and often remarkable long-term benefits for health and well-being (not to say that there isn’t further room for improvement).

On the medical front, the last few years have seen the approval of several new obesity drugs, which have been rigorously tested for safety and efficacy in thousands of volunteers in randomised controlled trials. While these drugs may not be for everyone and come with a price tag (that varies from drug-to-drug and country-to-country), they do raise optimism that one day, medical treatment of obesity will be no more (or less) routine than treating diabetes, hypertension or any of the other many chronic diseases where long-term medical treatment is well established.

So, the notion that just because obesity is a chronic disease somehow means that all hope is lost, is simply nonsense.

Yes, the idea of thinking of of obesity as a “disease” may not sit well with everyone, especially with the minority of people, who happen to meet the BMI criteria for obesity but appear in perfect health – I do understand that for this minority, we do need a better definition of obesity that is not based on BMI and the Edmonton Obesity Staging System is certainly a start.

But for the vast majority of people with obesity (Stage 1-4), who do experience (or will experience) the health consequences of obesity, we can certainly do a better job of serving them, by looking at their obesity as a chronic disease rather than a “problem” that can be easily “fixed” by simply telling them to “eat less and move more”.

We know a lot about managing chronic diseases – we do this all the time.

It is now time to apply that knowledge to the benefit our patients living with obesity.

They deserve no less.