Home » blog » Leipzig to Lead Germany’s Battle of the Bulge

Leipzig to Lead Germany’s Battle of the Bulge 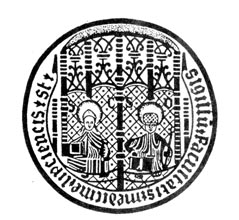 University of Leipzig Faculty of Medicine

Currently, I am in Leipzig, Germany, home of the latest Integrated Research and Treatment centre funded by a substantial grant (~24 Million Euros) from the German federal ministry of research and education.

As you may guess, this centre will focus on obesity, an area in which the University of Leipzig already has considerable expertise.

As part of the International Advisory Board to this centre, it is my role to advise the board of this project regarding the best ways to ensure that this substantial grant is put to the best possible use.

There is no doubt that the project is highly innovative, cutting straight through Germany’s traditional hierarchical and archaic academic structures, where the “Herr Professor”, once appointed for life, pretty much has the final say on anything that happens in a given department.

The integrated Research and Treatment centres are specifically designed to cut through these bureaucratic and often ineffective feifdoms, a concept which may well revolutionize medical practice and research at German universities.

I definitely had the pleasure of hearing about a wide range of novel ideas and was very much impressed by the many cross-sectorial research projects ranging from cutting edge work on the biological function of adipose tissue to the psychiatric issues that patients face after bariatric surgery.

To top things off, our most generous hosts invited us to a fabulous evening at the 500 year old Auerbach Keller, which apparently was a regular hang out for Goethe during his time in Leipzig and currently ranks #5 under the most visited restaurants in the world (after Munich’s Hofbräuhaus, Caesar´s Palace in Las Vegas, Café Sacher in Wien and the Hard Rock Café in LA).

Of course, as to be expected at this historical venue, the evening was accompanied by a recital from Goethe’s Faust in the typical Saxonian dialect.

I congratulate Michael Stumvoll and his colleagues on their success in acquiring a substantial amount of funding to establish, what I can only assume will soon be Germany’s leading Centre of Excellence in obesity research and management.

Apart from the honour of serving on their International Advisory Board, I certainly very much look forward to future interactions, especially given the recent collaboration agreement between the German Freestate of Saxony and the University of Alberta.