Home » blog » Leading The Charge In Addressing Weight-Bias in Canada

Leading The Charge In Addressing Weight-Bias in Canada 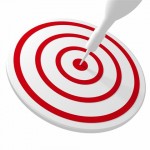 In 2008, the Canadian Obesity Network’s  Board of Directors identified weight bias and stigma as one of the Network’s top strategic priority.

The board firmly believes that everyone deserves to be treated with respect and dignity independent of size.

To this end, the Network is working hard towards reducing weight bias and stigma through research, education and action.

The following are just some of the examples resulting from the Network’s many collaborates with researchers, patients, knowledge users and partners to develop education initiatives and practitioner resources to address weight bias in health care settings, the media and public policies:

Not least as a result of these many activities, the Network has seen an impressive increase in weight bias and obesity stigma research in Canada.

This remarkable shift in research interest in better understanding and addressing weight-bias is reflective of the Network’s considerable efforts to increase awareness of weight bias as well as the growing body of literature focused in this area.

Clearly, all of this should be of interest to anyone living with obesity, who, unfortunately, continue to suffer the emotional, physical, social, and financial consequences of weight-bias and discrimination.

To learn more about the Network’s continuing efforts to foster greater respect and a better understanding of people living with obesity click here.