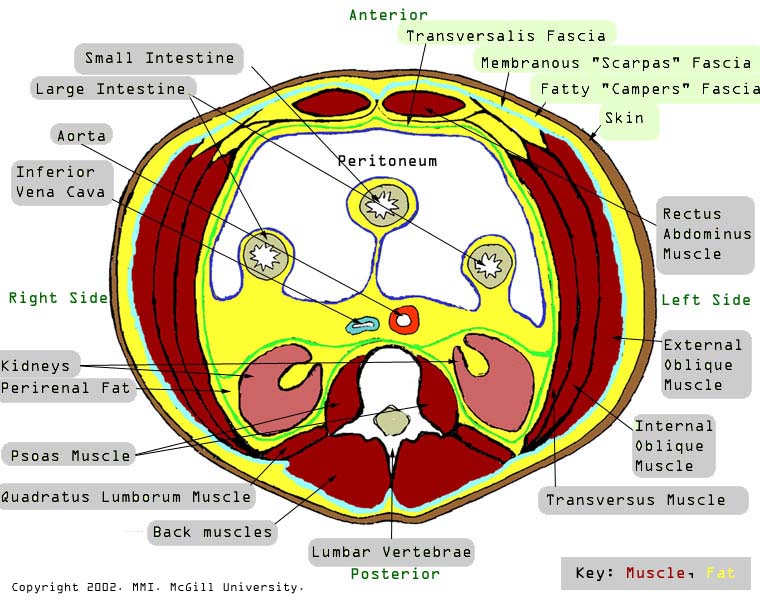 Yesterday, at the ongoing 2010 European Society of Cardiology, I attended as session focussing on the potential role of excess fat tissue that may surround blood vessels or the heart. Regular readers will recall, that the role of these fat depots have been a focus of my interest in past years.

A new study by Olga Lamacchia and colleagues from the University of Foggia, Italy, published online in Nephrology Dialysis and Transplantation, suggests that increased fat deposition around the kidneys may also pose a risk marker for the development of chronic kidney disease in patients with type 2 diabetes.

The researchers performed a cross-sectional study in 151 patients with type 2 diabetes that included measurements of kidney function, blood flow and ultrasound assessment of the fat surrounding their kidneys.

Despite adjustment for both BMI and waist circumference, the amount of para- and perirenal fat predicted increases in renal resistance index and reduced glomerular filtration rate.

Furthermore, in subjects with waist circumference above the diagnostic values of metabolic syndrome kidney function significantly and progressively declined across tertiles of para- and perirenal fat thickness.

As explanations for this phenomenon, the authors discuss the potential role of increased intra-abdominal pressure of visceral obesity, direct physical compression of the kidneys, or mechanisms related to the secretion of adipokines and other factors by the surrounding fat tissue that may affect kidney function.

For anyone familiar with kidney anatomy, it may also be of interest to recall that as fat deposition grows within the renal sinus, compression of various renal structures, especially of the inner medulla that, unlike the entire kidney, is not protected by the fibrous capsule, may occur. Increases in renal interstitial fluid hydrostatic pressure tends to compress the medullary vasa recta and tubules, reducing blood and tubular flow through the distensible loop of Henle, which could ultimately result in greater fluid, sodium and urate reabsorption.

As my colleagues and I have previously suggested for epicardial fat, the authors suggest that measurement and recording of peri-renal fat should perhaps also be part of routine renal ultrasound assessments.

Although this recommendation, may be a bit premature, the study nevertheless adds to the continuing literature demonstrating that in obesity and the accumulation of excess fat it is not just the “how much” but rather the “exactly where”, that ultimately determines the development of certain weight-related health problems.