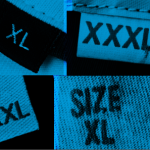 The recent declaration by the Canadian Medical Association that obesity is a chronic disease not only sends a strong signal to medical doctors to take this issue seriously but also has important consequences for Canadian benefits plans.

As international readers may not be aware, while the Canadian publicly funded health care system covers all in-hospital costs and visits to doctors, it does not generally cover cost for medications or consultations with dietitians, psychologists or other allied health professionals in the community.

These healthcare costs can be covered by private benefits plans, often paid or co-payed for by employers (plan sponsors).

Thus, while consultations in hospital based clinics or primary care units are generally covered, whether or not patients have coverage for medications and other treatments depends on whether or not they have benefit plans.

Unfortunately, when it comes to obesity, Canadian drug benefits plans generally do not cover treatments, as these plans consider obesity a “lifestyle” problem rather than a disease (e.g. unlike type 2 diabetes, which although as much a “lifestyle” issue, is covered as a disease).

Thus, it will be interesting to see how the declaration of obesity as a chronic disease by the Canadian Medical Association, will change how obesity treatments are covered by Canadian benefits plans.

Now a white paper sponsored by Novo Nordisk, the maker of Saxenda, a GLP-1 analogue recently approved for obesity treatment in Canada, outlines why reclassifying obesity as a disease would be of advantage to Canadian employers (who usually decide what is covered in the plans they buy for their employees).

The paper summarizes finding from a series of meetings with obesity experts, patients, plan sponsors, benefits providers and advisors, and calls for a rethinking of obesity as a medical condition that can benefit from individualised and ongoing management.

While it is obvious why Novo Nordisk would have an interest in better coverage for its anti-obesity drug, it is important to note that the white paper outlines the benefits of treating obesity like every other chronic disease that go well beyond just coverage for obesity drugs – rather it argues how this shift in thinking will benefit all Canadians affected by obesity irrespective of what treatment they chose.

The full white paper is available on the Benefits Canada website and can be downloaded here.