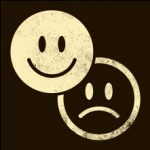 The second item on the disease definition modification checklist developed by the Guidelines International Network (G-I-N) Preventing Overdiagnosis Working Group published in JAMA Internal Medicine,  pertains to the issue of how a proposed new definition would alter the prevalence of the disease.

As indicated in the name of the working group that came up with this checklist, their primary concern is over-diagnosis or “diagnosis-creep”, as often disease modifications tend to increase the number of people covered under said new diagnosis.

So what is the implication for prevalence of obesity if we move from a definition based on BMI to one based on an actual impairment of health?

Fortunately, we have some data on this, including our own studies on the Edmonton Obesity Staging System, which ranks individuals based on the presence of obesity related impairments in mental, physical, and/or functional health.

Based on varying estimates, anywhere between 5-15% of individuals with a BMI over 30 would be considered to be rather healthy with no or minimal health risks. These people would need to be excluded, if obesity was defined as the presence of abnormal or excess body fat that impairs health (they may at best be considered to have “pre-obesity”). This would slightly reduce the number of people considered to have obesity (especially in the BMI 30-35 range).

On the other hand, an estimated 40-50% of individuals in the BMI 25-30 range, would actually have significant health problems at least in part attributable to their excess weight, and these individuals may potentially benefit from obesity treatments. Thus, such a change in definition would very substantially increase the number of individuals considered to have obesity.

This, of course is something that needs to be carefully considered, as it would clearly have implications for obesity treatment in a significant number of individuals, who at this time would not meet the criteria for obesity management.

Let us, however, remember that one would still need to demonstrate significant benefit of treatment in these newly classified individuals. before expanding the indication of existing obesity treatments to these individuals.