Ideological Conflicts of Interest Worry Me More Than Financial Conflicts 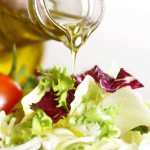 A few weeks ago I was asked to give a plenary talk on the nature of conflicts of interest at the opening session of the American Society of Nutrition meeting in San Diego.

As I explained to the audience, while I do not disregard or trivialize the potential conflict of interest that may come from financial interests (e.g. such as holding a patent or industry funding), we need to also be aware of other powerful conflicts that range from a simple desire to advance one’s personal career (e.g. get tenure, publish in a high-impact journal) to ideological conflicts (e.g. as in spinning research findings to support dearly held world-views or hypotheses).

Just how devastating ideological conflicts can be to the scientific discourse is perhaps best illustrated by the recent publication by Chritopher Ramsden and colleagues in the British Medical Journal on their analysis of recovered data from the Minnesota Coronary Experiment (MCE).

Conducted back in 1968-73, the MCE was not only the largest (n=9570) but also the most rigorously executed randomized controlled dietary trial of cholesterol lowering by replacement of saturated fat with vegetable oil rich in linoleic acid.

The MCE, conducted in one nursing home and six mental health hospitals in Minnesota (apparently an accepted practice back then), is the only dietary study to-date to fully rely on postmortem assessment of coronary, aortic, and cerebrovascular atherosclerosis grade and infarct status and the only one to test the clinical effects of increasing linoleic acid in large prespecified subgroups of women and older adults.

The trial was initiated by Ancel Keys, a fervent supporter of the idea that atherosclerosis was directly related to dietary saturated fat intake and a champion of replacing dietary fats with vegetable oils rich in linoleic acid.

Although completed in 1973, the findings from this study were never published – until now, when Ramsden and colleagues not only managed to recover the original data but also to conduct the analyses according to hypotheses prespecified by original investigators.

As has been suspected by some for a long time, the results turn out to be devastating for the idea that reducing saturated fat intake or switching to vegetable oils can help prevent heart attacks.

Contrary to expectations, there was in fact a 22% higher risk of death for each 30 mg/dL (0.78 mmol/L) reduction in serum cholesterol.

As the authors point out, these findings are in line with the overall findings from five other (albeit smaller) randomized controlled trials in about 10,000 individuals, in whom dietary cholesterol lowering interventions through the use of vegetable oils rich in linoleic acid showed no evidence of benefit on mortality from coronary heart disease or all cause mortality.

As to why these results (that could well have changed decades of dietary recommendations) were never made public, the authors have this to offer,

“In the case of the MCE, the crude study results were clearly at odds with prevailing beliefs….There would have been little or no scientific or clinical trial literature at the time to support findings that were so contrary to prevailing beliefs and public policy.”

“It is interesting to speculate whether complete publication of randomized controlled trial results might have altered key policy decisions promoting replacement of saturated fat with linoleic acid rich oils (such as the 1977 McGovern report and National Cholesterol Education Program (1984-85)) or contributed to a shift in research priorities.”

How much was the fact that the findings were never published influenced by the investigators’ strong “beliefs” in the benefits of reducing saturated fat intake and their “ideological” interest in promoting linoleic-acid rich vegetable oils?

We may never know.

No doubt, Ancel Keys and colleagues would have realised that making these findings public would have done severe damage to their “pet hypothesis”.

Here is an important learning for anyone involved in dietary research or in the business of making dietary recommendations,

“Thus, although the story of the traditional diet-heart hypothesis did not unfold as predicted, the foods that we eat likely play critical roles in the pathogenesis of many diseases. Given the complexity of biological systems and limitations of our research methods, however, current understanding of the biochemical and clinical effects of foods is rudimentary. The history of the traditional diet-heart hypothesis suggests that nutrition research could be improved by not overemphasizing intermediate biomarkers; cautious interpretation of non-randomized studies; and ensuring timely and complete publication of all randomized controlled trials. Given the limitations of current evidence, the best approach might be one of humility, highlighting limitations of current knowledge and setting a high bar for advising intakes beyond what can be provided by natural diets.”

When “ideological conflicts” creep into science it can be far more damaging to science in the long run than any financial conflicts simply because the former is far less evident than the latter.

When someone has “no financial conflicts to declare” I often ask my self, “what are the authors really hiding?”