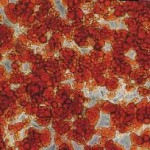 In the mid-2000s, the development of the orally active CB-1 blocker rimonabant as an anti-obesity drug, prompted much work on this system.

In 2005, we published a paper DIABETES, in which we reported peripheral activation of the endocannabinoid system in human obesity.

In this study, we measured circulating endocannabinoid concentrations and studied the expression of CB-1 and the main degrading enzyme, fatty acid amide hydrolase (FAAH), in adipose tissue of lean (n = 20) and obese (n = 20) women and after a 5% weight loss in a second group of women (n = 17).

We found that circulating levels of anandamide and 1/2-arachidonoylglycerol were increased by 35 and 52% in obese compared with lean women (P < 0.05).

In differentiation assays, we fond that expression of CB-1 and FAAH increased in mature human adipocytes compared with preadipocytes. We also noted the expression of these components in other tissues.

Thus, we concluded that there is indeed a a peripheral endocannabinoid system (especially in adipose tissue) that is upregulated in human obesity.

Since rimonabant’s withdrawal from the market due to psychiatric side-effects and thus, cessation of the development programs of similar molecules by other companies, interest in the endocannabinoid system, at least in the context of obesity, has diminished.

However, our findings did suggest that this system is present and activitate in peripheral tissues in obese individuals – a topic that will likely continue to be of interest.