Hindsight: Impact of Weight Loss on the Renin Angiotensin System 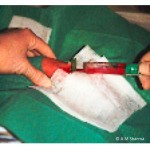 Regular readers may recall that in this series, in which every Saturday I talk about a previous study from my lab, I noted how we first described the presence of a renin-angiontensin system in human adipose tissue.

In a paper published in HYPERTENSION in March of 2005, we described the effect of intentional weight loss on this system.

We then performed a 13-week weight loss intervention in 17 women, resulting in an average weightloss of about 5% body weight.

This weight loss resulted in a fall in plasma levels of angiotensinogen levels by -27%, renin by -43%, aldosterone by -31%, angiotensin-converting enzyme activity by -12%.

The plasma angiotensinogen decrease was highly correlated with the waist circumference decline and were accompanied by a -7-mm Hg reduced systolic ambulatory blood pressure.

Thus, we concluded that

“…a 5% reduction in body weight can lead to a meaningfully reduced renin-angiotensin-aldosterone system in plasma and adipose tissue, which may contribute to the reduced blood pressure.”

Since these studies, not only has the fact that there is an adipose tissue renin-angiotensin system become widely accepted but we also understand that this system is affected by changes in body weight and may in turn play a role in obesity related hypertension.

Clinically, the use of agents that block this system (ACE inhibitors, ARBs, Renin Inhibitors) are now widely used in the management of obesity related hypertension.

According to Google Scholar, this paper has 313 citations.