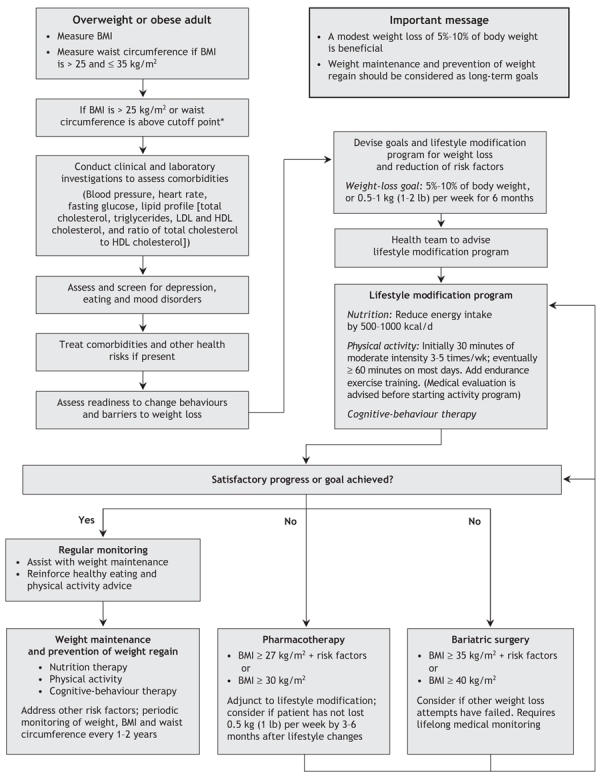 In 2006, following months of work by an extensive panel of Canadian experts under the commendable leadership of David Lau, the Canadian Medical Association Journal (CMAJ) published the first evidence-based Canadian guidelines on obesity prevention and management.

This guideline, which covers everything from public policies to clinical management and identifies considerable research gaps, presented over 70 evidence-based recommendations.

Since then much has happened in the field of obesity and it would be high time to revisit some of these topics. However, such a monumental undertaking requires both funding and a champion.

While such extensive guidelines are a considerable academic exercise, their impact on practice may be modest, as sometimes too much can be less.

Rather, simpler recommendations that are based on straightforward actionable items, such as outlined in the 5As of Obesity Management, may well have a far greater impact on changing obesity practice than the 72 recommendations of the over 170-page long guideline document.

Nevertheless, six years later, these guidelines provide an interesting perspective on the evidence and thinking in the field at the time.

A surprising amount has changed in the past six years.