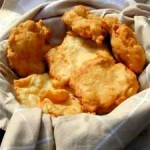 Yesterday, I presented a talk on the 5As of Obesity Management to home care nurses working with Alberta’s First Nations. It was clear from the discussions that cultural differences and barriers make addressing obesity particularly challenging in this setting.

In this context, readers may appreciate an article by (CON Bootcamper) Ashlee-Ann Pigford and colleagues from the University of Alberta, just published in Qualitative Health Research, looking at how First Nations Children’s perceptions of food and activity may help inform a community-based obesity prevention strategies.

Using an ecological lens to structure their findings, the analyses revealed that a variety of interdependent sociocultural factors influenced children’s perceptions.

Embedded within a cultural/traditional worldview, children indicated a preference for foods and activities from both contemporary Western and traditional cultures, highlighted family members as their main sources of health information, and described information gaps in their health education.

As the researchers note:

“A sense of pride and ownership of one’s culture were evident throughout. Children spoke about their First Nations cultural practices, preferred cultural foods, and activities, and considered many cultural foods and activities to be healthy. Children identified with their culture by referring to “us natives,” “we,” and “our culture,” which illustrated a shared understanding of what constituted their cultural identity. Cultural identification also resulted when children clarified what was included as part of their culture….It was common for children to suggest that traditional foods were important for identification purposes;“

The role of family, both nuclear and extended, for food and activities was highly apparent:

“Children mentioned that traditional foods were consumed with family members, such as their kokums, mothers, and uncles, and that they learned to prepare traditional foods from family members. For example, one child mentioned, “Yesterday I helped my mom make bannock.” Participants spent a lot of time with family members when doing cultural activities. One child reported having participated in cultural dances with “my brothers and my cousin and my other cousin and my friend,” whereas another child stated that she danced with “my cousins,” and another with her “sister.” The statement, “My kokum and my dad and mostly everybody wants me to dance, and I have sports over the summer, and I help out my dad at my mushum’s [the Plains Cree word for grandfather] culture camp,” suggests that parents and extended family members supported children’s participation in cultural activities.“

The researchers also noted how the children’s health knowledge and beliefs were gained from older relatives:

“For example, when discussing Indian popcorn (a snack made of fried pork rinds and lard), one child stated, “It’s healthy, man. My uncle makes it all the time. He doesn’t get diabetes”; another said, “My dad had a heart attack from eating too much unhealthy foods.”“

It was also interesting to see how children determined what was healthy and what was not:

“Children recognized nature and the earth as important when assigning the labels healthy or unhealthy to a food or activity. When asked to describe healthy foods, they replied that food was healthy because of “the seeds,” or because “They’re from the ground,” or it “grows on a plant,” or simply, “’Cause it’s from nature.” Cultural dishes and animals were also seen as healthy, “’Cause [ceremonial dish] is from nature”; and “Because it’s animal, it’s part of nature.” Applying this logic, shrimp was described as healthy “Because it’s fish.” It was thought to be healthy because “it comes from the water,” and “because it never eats anything wrong or nothing, or never ate anything unhealthy in its time.” Children reported activities such as littering as unhealthy, “’Cause it wrecks the earth and it makes Mother Earth angry”; conversely, recycling was seen as healthy. The health of the planet was important to these children, and one child viewed paper as unhealthy “’cause it kills trees.” Because the environment and nature were valued, many sacred ceremonial practices associated with nature were considered to be healthy.“

“When children were asked to describe an unhealthy person, they referred to a variety of chronic conditions including obesity, heart attacks, diabetes, and dental caries. Children considered obesity to be an undesirable trait, and described an unhealthy person as “chubby” and “sloppy.” Heart health was addressed by the comments, “If you eat junk food you get a damaged heart. If you eat vegetables you won’t even get a damaged heart.” Participants discussed diabetes as a disease that develops from eating unhealthy foods, particularly “sweet stuff.” When asked about diabetes, one child commented that individuals with the disease might die or get cancer. Although responses varied, children agreed that diabetes was unhealthy. Additionally, some children considered poor dental health to be indicative of an unhealthy person.“

“It is interesting that participants did not highlight teachers and school administrators as primary sources of health information, which suggests that children tended to rely on adult family members and experiential learning to form their understandings about health.“

Thus, it is easy to see why the authors would conclude that:

“Parents, extended family members, and elders must play prominent roles in future initiatives to prevent childhood obesity in this community.“

Ignoring or denying such cultural contexts and beliefs is simply not a viable strategy to changing health behaviours in any community.