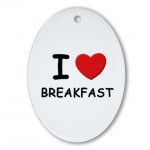 Starting each day with a balanced and healthy breakfast is one of the most robust dietary recommendations – especially for anyone trying to better manage their weight.

Interestingly enough, however, starting your day with a breakfast may have other important benefits – perhaps, even reducing your risk for type 2 diabetes.

According to a paper by Rania Mekary and colleagues from the Harvard School of Public Health, published in the American Journal of Clinical Nutrition, not having breakfast is associated with a 20-25% increased risk for developing type 2 diabetes.

This finding is based on an analysis of eating patterns reported in 1992 in a cohort of 29,206 US men in the Health Professionals Follow-Up Study followed for 16 years.

Similarly, compared with men who ate 3 times per day, men who ate 1–2 times/d had a 25% higher risk of diabetes.

It is also worth noting that additional snacks beyond the 3 main meals (breakfast, lunch, and dinner) were also associated with increased diabetes risk, but this association was attenuated after adjustment for BMI.

Although, men who skipped breakfast were also more likely to have a slightly higher BMI, smoke more,
exercise less, consume more alcohol and less cereal fibre, drink more coffee and generally have poorer diet quality, the increased risk for diabetes remained even after adjustment for some of these confounders.

Despite all of the caveats with observational studies, that simply cannot prove causality, the authors do point to several plausible biological hypotheses that may explain these findings.

“infrequent large meals have been associated with increased serum insulin, free fatty acid concentrations, and de novo lipogenesis. Also, breakfast is a unique meal because it is the time when prolonged fasting ceases. In fact, the longer the fasting time is, the higher the ghrelin concentrations are and the lower the insulin concentrations are, which could induce hunger and eating. Breakfast consumption, especially if it consisted of fiberrich foods rather than refined cereals, could lead to an improved postprandial glycemic response and insulin sensitivity. Between-meal hypoglycemia would then be reduced as well as appetite. Food intake in the morning was shown to be particularly satiating and associated with less appetite and weight control.”

If nothing else, regularly asking patients whether or not they eat breakfast may at least serve as a ‘clinical marker’ of someone whose diet and lifestyle would warrant further exploration.

Hat Tip to Sean Wharton for pointing me to this study