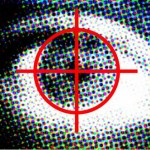 Are obese people more attracted to food than people with normal weights and does this attraction change with levels of hunger and satiety?

This question was addressed by Ilse NIjs and colleagues from Erasmus University Rotterdam, the Netherlands, in a paper just published in APPETITE.

Nijs and colleagues examined a broad range of factors related to attention for food-related stimuli and food intake in 26 overweight/obese and 40 normal-weight women. Participants were randomly assigned to conditions of hunger or satiety and subjected to tests that included eye-tracking (gaze direction and duration), a visual probe task (reaction times), and a recording of electrophysiological brain activity. In addition, the acute food intake of participants was assessed using a bogus taste task.

All participants apparently had an attentional bias towards food pictures with no differences between groups or conditions in the eye-tracking data.

However, In the visual probe task, both hunger and excess weight appeared to be associated with enhanced automatic orientation towards food cues.

This study suggests that overweight/obese individuals are more prone to automatically direct their attention to food-related stimuli than normal-weight individuals. On the other hand it appears that overweight/obese individuals may be trying to use cognitive strategies to reduce a maintained attentional bias for food stimuli, perhaps in an attempt to prevent disinhibited food intake (however with limited success, as food intake was increased in this group).

Clearly these subtle differences in automatic attention responses to food-stimuli can potentially impact long-term energy balance by making it more difficult for overweight/obese individuals to ignore food-related stimuli in their environment.